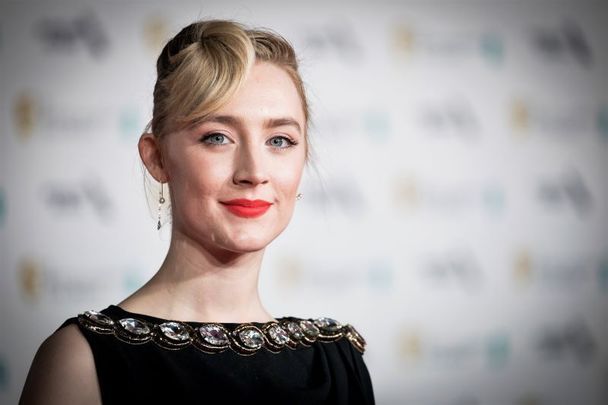 Irish actress Saoirse Ronan made her bow last week in The Tragedy of Macbeth, which co-stars James McArdle, and critics cannot get enough.

“This is a world of dour, muscular, black-kilted Scottish soldiers, in which Ronan – with her Irish accent, choppy bob and stylish wardrobe – stands out,” wrote the London Evening Standard.

“Ronan almost slithers around the stage, courting her prey, and it’s only when the attack is too great that her Lady Macbeth descends into madness. Ronan’s delivery makes you lean in and listen, lending her all the more control of the action. She doesn’t need to shout to make her Lady Macbeth powerful; all she needs is you to watch her, which you can’t help doing,” wrote the critic from London Theatre.

And here’s more from The Express: “As mesmerizing on stage as she is on film and glowingly lit in pristine creams with gleaming blonde locks, the multi-Oscar-nominated star is a silver screen siren with, fittingly, shades of Eva Peron.

"Despite the notoriety of the role, Lady Macbeth has vastly fewer lines than her husband, but Ronan brings a refreshing contemporary reading to the role and is electrifyingly believable.”

You get the picture…the only critic who had a problem with the show that we could find was David Benedict from Variety. “The cast is fiercely committed and there are undeniably electrifying moments but, sadly, when Macbeth’s line ‘full of sound and fury, signifying nothing’ arrives, it’s hard not to wince,” he wrote.

If you want to judge the play for yourself, you’ll have a unique opportunity to do so starting on October 27 when the Almeida Theatre in London will live stream the performance that night and all others until Saturday, October 30. Tickets start at £15, and viewers in the U.S. will be able to purchase them – just bear in mind that the evening shows start at 7 p.m. U.K. time, which is midnight for us on the East Coast. Head here for more details.