The Irish star just got her fourth Oscar nod for her role in Little Women but why hasn't Greta Gerwig appeared in the Best Director category? 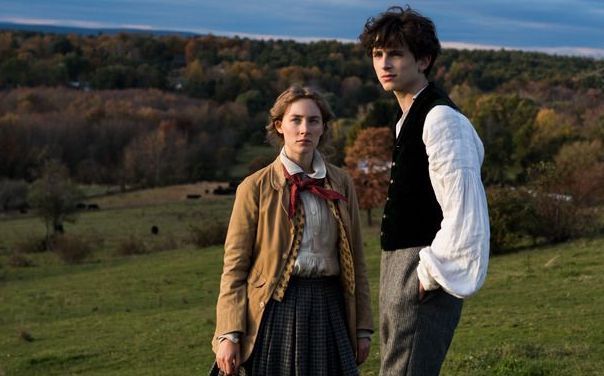 The Irish star just got her fourth Oscar nod for her role in Little Women but why hasn't Greta Gerwig appeared in the Best Director category?

Four Oscar nominations and she’s only 25 years of age…that’s some impressive achievement for Saoirse Ronan, who was tapped by the Academy on Monday for her star turn in Little Women, but her joy has been tempered by the omission of Greta Gerwig in the Best Director category.

The Oscars got basted on social media on Monday for a perceived lack of diversity, and Greta, the director, and screenwriter of Little Women trended on Twitter for hours, fueled by angry commentators wondering why the Best Director honorees are all male.  (Gerwig did get a nomination for Best Adapted Screenplay, one of six that Little Women received.)

Saoirse spoke out about the snub to Deadline.com, and she’s not pleased that Greta failed to make the director grade.

“But to me, Greta, since she started, has made two perfect films, and I hope when she makes her next perfect movie, she gets recognized for everything because I think she’s one of the most important filmmakers of our time.”

The first film Saoirse is referring to is Lady Bird, made in 2017, in which she starred and earned her third Oscar nomination.  Gerwig, it should be pointed out, did receive a Best Director nomination for that film, and one for Original Screenplay, so it’s hardly like the Academy is purposely snubbing her.

Besides, Little Women is cleaning up where it really counts – the box office. The $$$ haul will grow thanks to the Oscar recognition, and Saoirse is well aware of that fact.

“Since all the awards shows started, and she’s been overlooked in the way she has, the thing that’s made us go, ‘This is happening,’ is that the movie has made over $100 million already. It’s wonderful to win awards, but if your movie makes $100 million in its first few weeks of opening, that’s going to do the most for paving the way for other movies like this to be made, and that’s something Greta’s done,” Saoirse told Deadline.

“You can see it getting to the stage where you can’t go on with [women filmmakers] being overlooked in the way they are.”

The Oscars take place on February 9.  Could it be possible that Saoirse will have a date for the evening? She was spotted hand in hand with her Mary Queen of Scots co-star Jack Lowden in London recently, so maybe.