New coming of age drama expertly navigates its way through from the romantic yearnings of youth to making their peace with the realities of adult life. 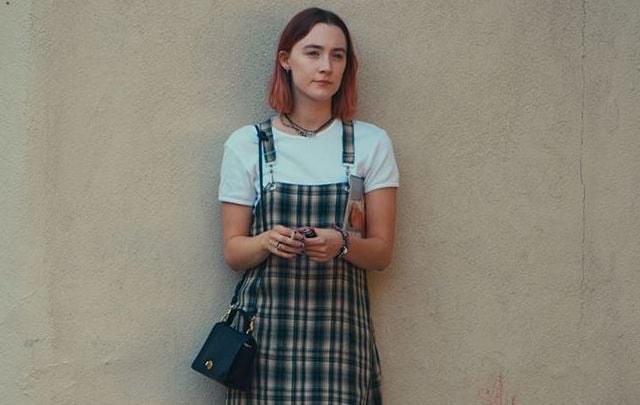 Saoirse Ronan, still only 23, gives a career defining performance in Lady Bird, the critically hailed new coming of age drama from actress and director Greta Gerwig set in California's “Midwest,” Sacramento. Cahir O'Doherty checks out the film that expertly navigates the way the romantic yearnings of youth begin to make their peace with the harsher realities of adult life.

Mothers and their daughters. You could make a film about the subject, and if you did you couldn't make a better realized job of it than the sweetly affecting Lady Bird, the love letter by actress and director Greta Gerwig to her mother, her family and to her “nothing ever happens” hometown of Sacramento, California.

Starring Saoirse Ronan as Christine McPherson (aka Lady Bird) and Laurie Metcalf as her devoted but very strict mother Marion, Gerwig has managed to bring a diverting freshness and honesty to that most familiar of film genres: the coming of age movie. Given its undeniable artistic success, it's no wonder the film is enjoying the biggest independent opening of the year too, grossing $4.7 million in its first limited 17 days.

But it's only as you watch Lady Bird that you begin to realize how quietly radical the film really is.

First of all it's an all too-rare delight to see a film led by a young woman, focusing on her story and being seen mostly through her eyes.

Second, this semi-autobiographical movie is written and directed by Gerwig, who brings a “this is exactly how it all happened to me” directness to the proceedings that pulls you into the lives of its relatable characters and makes you root for them before you even realize you are doing it.

We have seen the war between mothers and daughters onscreen before, in films that run the gamut from Terms of Endearment to Mommie Dearest. What makes Lady Bird so special is its keenly observed social realism.  It trusts its own heartfelt story enough to move you without resorting to sentimentality or cheap theatrics.

Ronan is a revelation in the role, and the deceptive simplicity of Lady Bird works its magic on you in much the same way classic literature often does -- you're moved to tears by events before you even know how invested you've become in them.

When the film opens Christine is 17, at that awkward age where she's still tapering unsteadily on the edge of adult life. Undeniably precocious, she's deeply sincere and then wildly playful, trying to figure out exactly who she is and who she wants to be.

Onscreen, Ronan's performance is easily the most nuanced of her career.  She's by turns funny and ferocious, deeply considerate of others but not always particularly nice. She even risks our sympathy at various points by acting out and making a string of bad choices, but she wins our good graces back through the obvious decency that underpins her searching character.

What Christine wants desperately is to escape her stifling little town and disappointing life she feels has trapped both her and her parents. So for most of Lady Bird we see her trying and often failing to figure out how best to escape.

It's her self-chosen nickname that really tells us the most about her, though. It says how unsure she feels of her own identity and how far she feels she is from what she wants, echoing a long-ago former first lady's.

Saoirse Ronan and writer and director Greta Gerwig on the set of Lady Bird.

Christine's rites of passage are as obvious as they are unavoidable: boys, prom, virginity, college choices, old friends lost and new friends won. In regard to boys she first falls hard for Danny O'Neill, the well-to-do son of a conservative Irish American family whose grandmother keeps a portrait of Ronald Reagan in a cowboy hat in their den.

“Is that a joke?” Christine asks, pointing to it? “It's not a joke,” Danny ruefully replies.

As their relationship grows we see a change in Christine.  Danny is handsome, thoughtful, considerate, romantic and rich, everything a lucky girl could ask for, especially one who announces she is quite literally from the wrong side of the tracks.

But from the beginning there is a just too good to be true quality about their dalliance that foreshadows the trouble ahead, the trouble that arrives with a shocking discovery. When it does Christine jumps out of one relationship into another with the laconic and self-involved Kyle Scheible (Timothee Chalamet).

You can see right away that Kyle's trouble but Christine can't. She's completely taken in by his wicked smile and (for Sacramento) his indefinable air of mystery.

Kyle wears black and plays in a rock band and smokes broodily as he constantly talks about himself. That's more than enough to make him momentarily irresistible.

But being on the rebound doesn't make for the best decisions, and the ones Christine makes with Kyle are the most upsetting for her personally. We watch through our fingers as Christine learns one of the hardest lessons of all: the things that look nice may not be nice. Put all your faith in the surface and you may soon find that that's what you fell for too.

Anyone who went to Catholic school will know exactly where Gerwig and Ronan are coming from in this film. There are officious nuns, condescending math teachers, career guidance counselors who mock your dreams and sports coaches who double down as theatre directors. If ever there was a system invented to drive you out of your mind it's this, and Gerwig represents it with a born writers eye.

But it's all the tense squabbles between mother and daughter that really anchor Lady Bird. Christine's mother wants what's best for her bright daughter but they literally can't agree on anything, much less what that “best” would even look like.

“Your mom is,” says the wise beyond his years Danny.

The lifelong standoff between the two strongly opinionated women is what makes Lady Bird such an absorbing watch. You realize that they deeply love each other; it's just that life throws countless complications in their way.

When Metcalf discovers that her husband and Christine have been conspiring to secure a big educational loan so that she can follow her college dreams to the East Coast you understand the reaction from both sides: from the mother for her sense of betrayal, and from Christine for knowing that her mother would have scuppered the plot as soon as it was raised.

Christine is the unstoppable force and her mother is the unmovable object, and finding a way to prevent them from damaging or destroying each other is the journey of a life and also of this perfectly directed and performed film.

If Lady Bird was a book it would be The Catcher in the Rye, I think. It feels instantly iconic, written in the same minor but wonderfully affecting key. It's a film you will want to discuss with your friends after you see it, because it contains scenes that you'll be unable not to.

Answering these can take a lifetime, and in Lady Bird they are uncommonly well explored. Watch next award season for the proof.

Now go call your mom. She wants to hear from you.

Below watch Saoirse Ronan and Greta Gerwig chat about the 'emotional truth' of "Lady Bird":