"We read through the whole script. She read all of Lady Bird’s lines… I knew like on page two that she was perfect, but I just wanted to hear the whole thing." 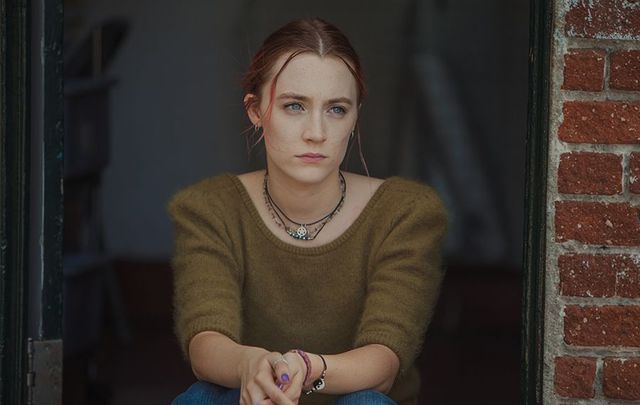 It's going to be an epic 2018 for Saoirse Ronan, who just doesn’t put a foot wrong when it comes to her career.

Her next film, Lady Bird, which opens wide on Thanksgiving, is racking up one amazing review after another, and it’d be a shocker if Saoirse doesn’t earn her third Academy Award nomination.

Lady Bird, written and directed by indie favorite Greta Gerwig, opened in only four theaters last weekend in New York and Los Angeles. It grossed more than $375K for a huge per screen average of $93,903, the biggest to date for 2017.  The film that set last year’s record is one you might remember – it was La La Land, which went on to win five Oscars.

Gerwig is also a sure bet for many awards.  Talking to the website WTOP this week, she spoke about how she and Ronan came together.

“I don’t write with actors in mind,” Gerwig said. “But while I was casting the movie, I heard that (Ronan) had read the script and really responded to it. We first Skyped and she said, ‘Look, I know I’m from this tiny town in Ireland, and I’m all the way across the world, but I’m telling you, this story really resonated with me from my heart. I understand this from the inside out.’”

The two met for the first time in 2015 at the Toronto International Film Festival, where Ronan was promoting Brooklyn, which she received a Best Actress Oscar nod for.

“We read through the whole script. She read all of Lady Bird’s lines and I read everybody else’s lines … I knew like on page two that she was perfect, but I just wanted to hear the whole thing out loud because I’m selfish,” Gerwig recalled.

“It was so incredible. It was perfect, but also different than I ever thought it would have been. Right away I just saw it; I started getting ideas, which is always a good sign.”