Reviews are in after Telluride Film Fest debut and it seems that New York Irish "Brooklyn" star could get the nod from the Academy. 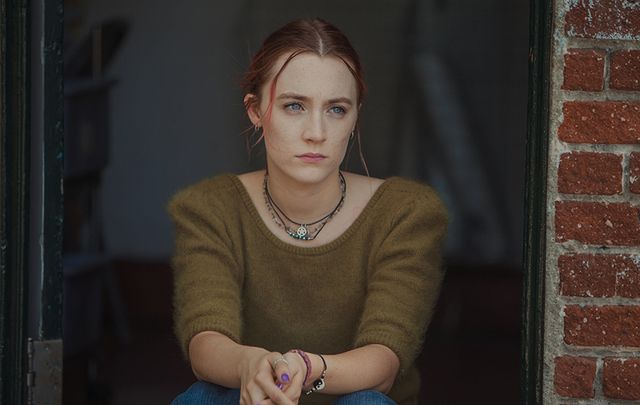 Saoirse Ronan’s new film "Lady Bird" is fresh from its debut at Telluride Film Festival in Colorado and already Oscar buzz about her performance is growing.

Variety gushes about Ronan saying her performance "further cements her as one of the great actresses of her generation," while also tipping co-star Metcalf as an Oscar contender in her own right.

Read more: Learn how to do an Irish accent with Saoirse Ronan

Onscreen Ronan is a revelation – who knew she could nail deadpan comedy? – as a rebellious student at a conservative Catholic high school in Sacramento who dreams of escaping her overbearing family and small town life to go to college in New York.

Ronan will also soon be seen playing the title role in "Mary, Queen of Scots" for Focus Features.

"Mary, Queens of Scots" is the feature directorial debut of Josie Rourke, artistic director of The Donmar Warehouse theatre, and the script is by "House of Cards" creator Beau Willimon, based on John Guy’s acclaimed biography "My Heart is My Own: The Life of Mary, Queen of Scots."

Read more: Watch out in 2017 for these five most remarkable Irish women