Top movies about The Troubles in Northern Ireland

Some of the greatest and biggest box office actors have played roles in films relating to the era of The Troubles in Northern Ireland. 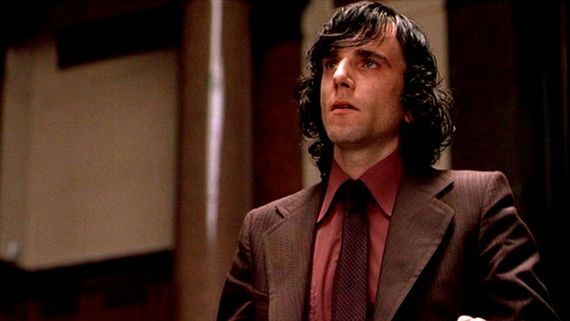 Daniel Day-Lewis in "In The Name of the Father".

Certainly the most recent and featuring an up-and-coming star, "'71" was released in late 2014. The movie tells the tale of a British soldier, played by Jack O’Connell, who becomes separated from his unit during a riot in Belfast at the height of the Troubles, in 1971.

The young soldier is beaten by the mob, helped by various locals, and pursued by bills from the Provisional IRA and the British Army's Military Reaction Force.

Described as a British-Japanese psychological thriller drama, this 1992 movie directed by Neil Jordan explores themes of race, gender, nationality, and sexuality against the backdrop of the Irish Troubles.

The movie weaves together events and concerns of the late 1970s, including low-level political and police corruption, Provisional Irish Republican Army (IRA) gun-running, displacement of traditional British industry by property development, Britain's membership of the EEC (later the European Union), and the free market economy.

The movie stars Fassbender as Bobby Sands, the Provisional Irish Republican Army (IRA) volunteer and M.P. who led the second IRA hunger strike and participated in the no-wash protest (led by Brendan "The Dark" Hughes) in which Republican prisoners tried to regain political status when it was revoked by the British government in 1976.

A 1997 American action thriller movie, it stars Harrison Ford and Brad Pitt. The movie tells the story of an IRA gunman (Pitt) who draws an American family into the crossfire of terrorism. Pitt plays an IRA assassin who is sent to the U.S. to buy weapons. He is housed with Tom O'Meara (Ford), a New York cop who knows nothing about Frankie's real identity.

Quite different from the others on this list this comedy-drama, written and directed by Neil Jordan, and based on the novel of the same name by Patrick McCabe follows the character played by Cillian Murphy a transgender foundling searching for love and her long-lost mother in small-town Ireland and London in the 1970s.