Hollywood actor John C. Reilly has been taking a well-deserved break in beautiful Co Kerry after a busy week of St. Patrick's Festival duties and celebrations in Dublin. 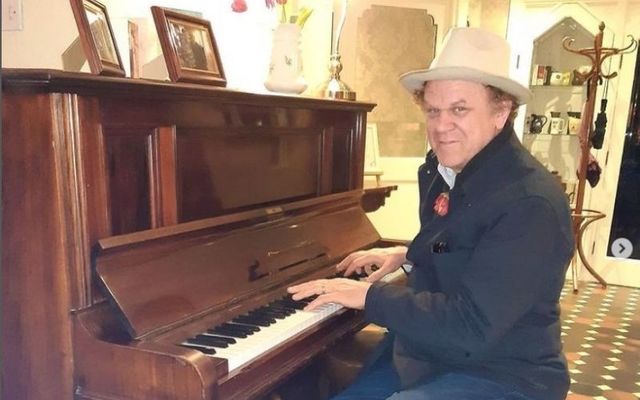 John C. Reilly has been spotted on vacation in County Kerry The Bianconi Bar & Bistro Instagram

John C. Reilly, who appeared as the International Guest of Honour at the national St. Patrick’s Day Parade in Dublin last week, is continuing his Irish vacation in Killorglin, Co Kerry.

The Irish American actor was recently spotted enjoying an evening in the Co Kerry town of Killorglin, where he dined at The Bianconi Bar & Bistro.

The restaurant posted images on social media of Reilly lounging at a piano and posing for photos with overjoyed staff members.

"Delighted to welcome Hollywood actor John C Reilly and his friends to The Bianconi last night!

"Hope he enjoyed his time in beautiful Killorglin… See you again soon John,” wrote the owners.

Delighted to welcome Hollywood actor John C Reilly and his friends to The Bianconi last night! Hope he enjoyed his time in beautiful Killorglin… See you again soon John! ?

Reilly has been in Ireland completing duties as the St. Patrick's Day International Guest of Honor. He also appeared on a special "best of the Irish" airing of RTÉ's Late Late Show, where he captivated audiences with a powerful rendition of "Raglan Road" and "The Wild Rover".

Speaking about his connection to Ireland, Reilly said in 2019: "It’s a beautiful place and every time I come here things just seem to go well for me.

"I don’t know what it is, I suppose it’s my heritage and how Ireland embraces artists."

Reilly is the fifth of six children and grew up in an Irish-Lithuanian household in Southwest Chicago, in a predominantly Irish neighborhood. Reilly's paternal great grandfather, along with various other family members, emigrated in the early 1900s from Ireland and set about building a life in Chicago.