Irish-American actor John C. Reilly will be the International Guest of Honour at this year's national St. Patrick’s Day Parade in Dublin. 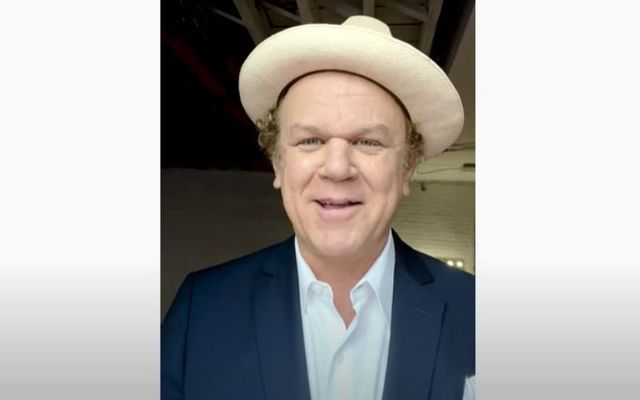 The proud Irish-American actor is the fifth of six children and grew up in an Irish-Lithuanian household in Southwest Chicago, in a predominantly Irish neighborhood. Reilly's paternal great grandfather, along with various other family members, emigrated in the early 1900s from Ireland and set about building a life in Chicago.

In an announcement, St Patrick's Festival said, "John embodies the spirit of Ireland’s tribe of 80 million diaspora across the world - a genuine sense of connection-to-place that generations with Irish heritage experience, a love of the country and the people, and a desire to better understand the stories of those who left and those who were left behind."

An Academy Award and Tony Award nominee, Reilly has appeared in dramatic roles such as "We Need to Talk About Kevin", "The Aviator", to blockbuster comedy turns in Stepbrothers, and many more. He has also lent his voice to the lead role in Disney’s Wreck-It-Ralph.

"It’s been a long time since we have all been able to celebrate life together and I can’t think of a better place to do it than Ireland. I’m honored to be part of the celebration of the rich history of Ireland with all of the good people in Dublin. A great day for hope and a great day for the Irish and the Irish at heart. See you there!”

Anna McGowan, Interim Director at St. Patrick’s Festival said: ‘We are incredibly excited that John C. Reilly can make the journey to Dublin to take part in the national St. Patrick’s Day Parade.

"John has proudly and consistently worn his Irish roots with pride on the world stage. His family story is that of millions of our diaspora across the world and we look forward to welcoming him home.”