John C. Reilly will impress you with his heartfelt renditions of Irish classic "Raglan Road" and "The Wild Rover." 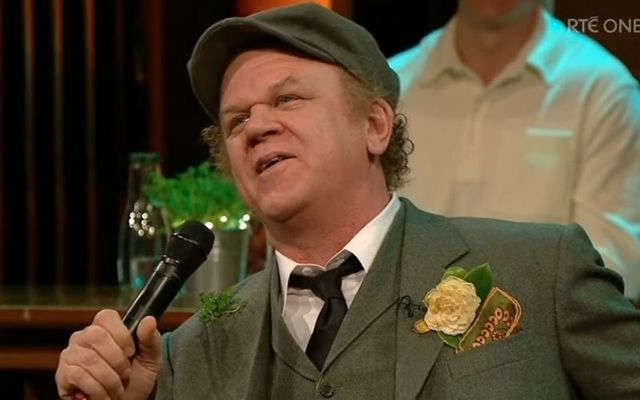 Reilly is the fifth of six children from an Irish-Lithuanian household and has previously remarked that he loves spending time in Ireland and that his visits to his ancestral homeland mean a lot to him.

"It’s a beautiful place and every time I come here things just seem to go well for me," Reilly said in 2019. "I don’t know what it is, I suppose it’s my heritage and how Ireland embraces artists."

Reilly's paternal grandfather emigrated to the USA in 1900 to start a new life in Chicago along with several other distant relatives.

The actor was joined by Irish boxer and Olympic gold medallist Kellie Harrington, who showed off her singing talents with a rousing rendition of the folk classic "Grace", which details the heartbreaking marriage of Irish revolutionary Joseph Mary Plunkett and Grace Gifford just hours before Plunkett's execution in Kilmainham Gaol.

Harrington also served as one of the grand marshals of the Dublin St. Patrick's Day Parade on Thursday.