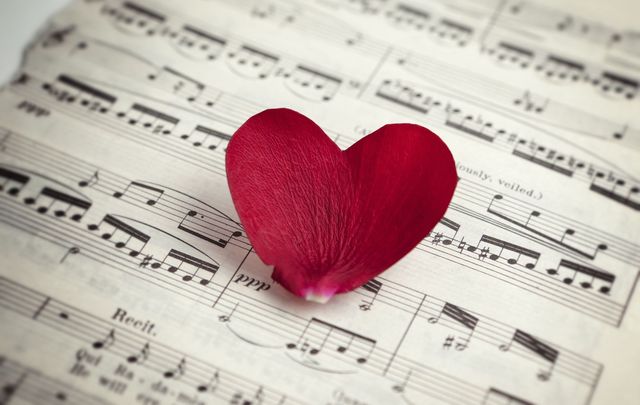 These modern Irish love songs are just made for Valentine's Day. Getty

Whether you're planning a wedding, looking for some country, or some lovely rock, one of these modern Irish love songs is sure to strike the best tone this St. Valentine's Day.

These songs from Irish singers are sure to get you in the mood for love and romance. Whether it's country or rock, modern Irish love songs are the very best soundtrack for your sweet love. Who knows, you may even end up using one on your wedding day!

The Pogues - "Love You til the End"

A blending of classic and modern influences, The Pogues’ hit "Love You til the End" is a perfect sentiment for Valentine’s Day.

The Script - "For the First Time"

This smash hit from Dublin natives The Script is about overcoming the hard times through love.

Dermot Kennedy - Power Over Me

Dublin native Dermot Kennedy went from busking on Grafton Street to selling out concerts around the world. "Power Over Me" was featured on his debut album "Without Fear."

"Signal Fire" is but one romantic selection from Belfast natives Snow Patrol’s lengthy list of love songs and was featured on the "Spiderman" soundtrack.

This love is unbreakable, unmistakable, untouchable ... ah, Westlife, you always had a way with words.

The name of this epic ballad from Ireland’s favorites, U2, says it all.

Sinead O’Connor - "Nothing Compares to You"

Though often controversial, you can’t deny Irish singer Sinead O’Connor and her 1990s hit "Nothing Compares 2 U."

Boston’s own Dropkick Murphys remake this old classic into a modern and upbeat love tune.

Ronan Keating - "When You Say Nothing at All"

Ronan Keating topped the charts with this cover for the film "Notting Hill."

Kildare natives Bell X1 take on the complexities of love with modern beats.

Irish singer-songwriter Hozier, real name Andrew Hozier-Byrne, enjoyed a skyrocket to fame with his 2013 hit "Take Me to Church." "Jackie and Wilson" is the second song on his 2014 album "Hozier."

This Van Morrison classic is the perfect slow tune to set the mood for Valentine’s Day.