It's been ten years since Ardal O'Hanlon performed his live stand act up in New York City and this September he's back! 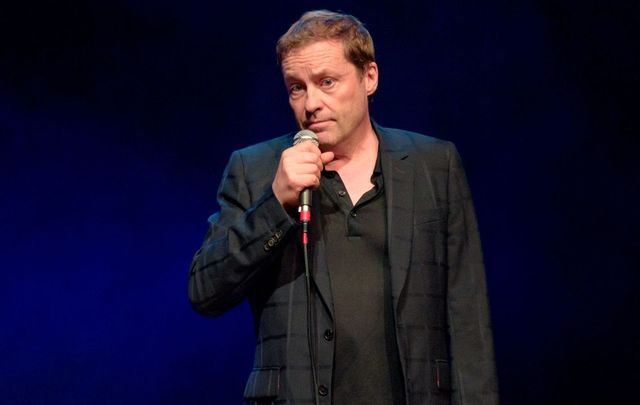 This September the legendary Irish actor, standup and novelist will finally be back onstage at The New York Irish Center (NYIC) for a three-nights only.

Best known for the role of Father Dougal in the iconic 'Father Ted,' it's a role he once wanted to escape button he now embraces. There are worse things than being associated with a show that still gives so much delight to people, he reasons.

“There was a time in the few years after the show where it became a little bit of a burden insofar as it was all people wanted to talk about,” he tells IrishCentral. “As a still relatively young comedian stroke actor at the time, I just wanted to get on with my life and career.”

“I think it's taken me this long to really appreciate it and I look back very fondly on the character, on the show, on the people I worked with and the whole circus around us now. I think about it very fondly indeed.” 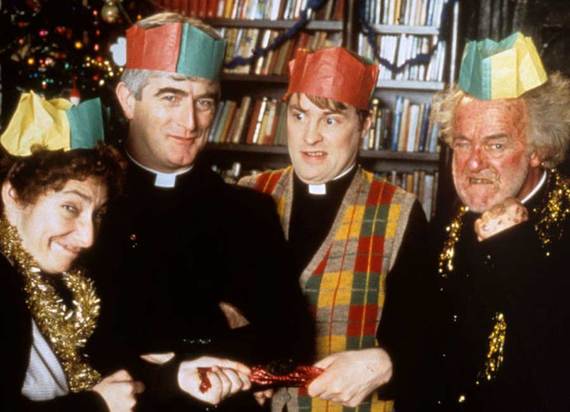 But it doesn't define you, right? “Listen, to be honest with you, you could be defined in a far worse way. So just to have that in your locker is a great thing. And you know what, I'd settle for that in the final reckoning on Judgment Day. On Comedy Judgment Day, I should rephrase that, I'm immensely proud of my association with it.”

O'Hanlon is also starring in another big Irish comedy juggernaut 'Derry Girls'. Can he tell us a bit about that, since we haven't seen the final series here yet I ask?

“I play a cameo in a couple of episodes in series two and then I play the same part in series three, the very final episode of all time, which is a full-length episode and which centers around the Good Friday Agreement.”

O'Hanlon loves 'Derry Girls' because it's a comedy show with real heart that celebrates Irish women, he says. “It also celebrates the city of Derry in a way it hasn't been represented in comedy before. I worked with Lisa McGee the show writer before on a show called London Irish, which didn't get the same sort of attention."

"It was much harsher, much harder to get into I think. But I think she I think she was a genuine 'Father Ted' fan and I think she was tickled by the idea of having someone connected to 'Father Ted' in her own show. There was a little bit of continuity there between the two landmark Irish comedies over the last 20 years.”

Can he see any links between the two shows that account for their global popularity? “The Irish irreverence for authority and for religion and for institutions is a part of it, and so is that kind of surreal quality we all have. We don't approach the world in a particularly rational way sometimes.”

“I mean, we have an almost simultaneous appreciation for the rational and the irrational, and I think Irish comedy represents that really, really well.” People have told O'Hanlon that since the last episode of 'Derry Girls' came out, with its special emphasis on the Good Friday Agreement, that they have learned more about the recent history of Ireland in that one hour of TV comedy than they have in watching the news for twenty years.

What can audiences expect from his new stand-up shows in New York, I ask him? “I guess it's about where I'm at in my life now. It's the rantings and ravings of a man of my age. A lot of it is about lifestyle and about the choices we make. It's about navigating your way through your life and you know, life is chaotic for most people.”

“The world seems to be falling apart at the seams in so many different ways now. So it's about poking fun at that the world as I find it, but also sort of about my pathetic, I suppose, reaction to all that as well. It covers a lot of subjects.”

He adds one warning. “I wouldn't say I strayed too far into American politics. I just think that would be ludicrous as a blow-in to go there because it's so divisive. America is a very deeply divided country and I don't want to be the person who tips people over the edge with a stupid remark!”

Ardal O'Hanlon plays the NYIC on September 29, 30, and October 1 all at 8 P.M. For tickets visit NewYorkIrishCenter.org.