During the eight-part series viewers learned that the satanic cult the lead character escaped from was called Sliocht an Diabhail, which was formed by a community of Connaught ex-pats who fled from the Famine in Ireland. 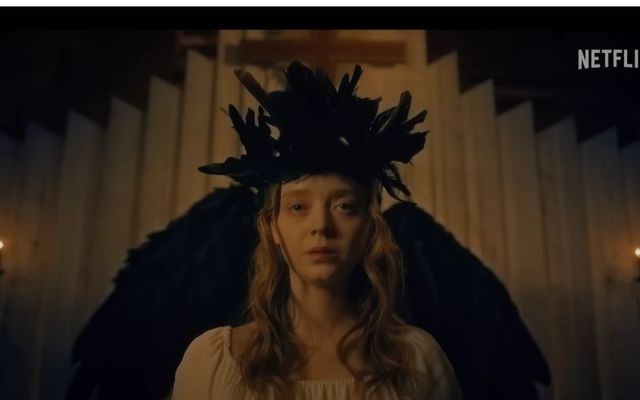 A new Netflix thriller that tells the story of a teenage girl's bid to escape a terrifying satanic cult has left Irish viewers frightened with its links to Ireland.

The limited series "Devil in Ohio", which is based on a true story, was released on the streaming platform on September 2 and quickly became the most-watched series in Ireland.

The eight-episode series follows Mae (Madeleine Arthur), a teenager who escapes a devil-worshipping cult in rural Ohio and is placed in a temporary foster family.

However, her presence in the new home brings terrifying consequences for her foster family.

The "Devil in Ohio" has captivated Irish audiences, especially since it has been revealed that the series has Irish connections.

As the series progressed, viewers learned that the satanic cult that Mae escaped from was called Sliocht an Diabhail (The Devil's Own), which was formed by a community of Connaught ex-pats who fled from the Famine in Ireland.

The cult was founded by Caleb Dodd, who turned to satan when crops failed, animals starved, and children began to die.

Although the series is based on a true story, Sliocht an Diabhail is not a real cult.

Series creator Daria Polatin told Entertainment Weekly that the cult and its history were "made up".

"We built all the details of the cult, all of their ideology, we made it up and their history, and we wrote like a huge document that we gave to all of our heads of departments, our costume designer, our set designer," Polatin said.

Polatin and her team interviewed a wide variety of former cult members to ensure that Sliocht an Diabhail was authentic.

For Grandparents Day: Famous people past and present with Irish grandfathers