The cult founded in the basement of a haunted Irish castle

The Fellowship of Isis, which honors the divine feminine, has 20 to 30k members around the world and it all started in the basement of Huntington Castle, on the Carlow-Wexford border. 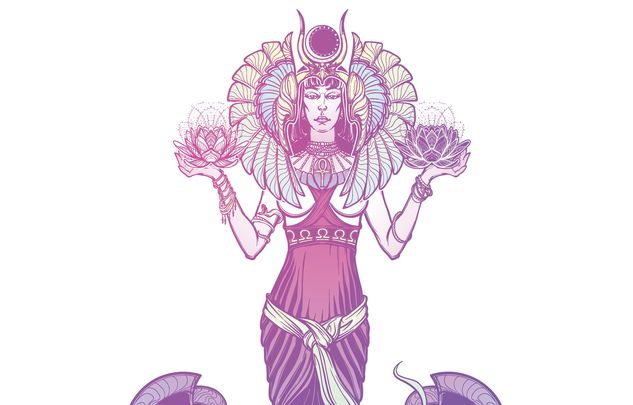 The Fellowship of Isis: Honoring the divine in the feminine in County Carlow. Getty

The Fellowship of Isis, which honors the divine feminine, has 20 to 30k members around the world and it all started in the basement of Huntington Castle, on the Carlow-Wexford border.

Olivia Durdin Robertson, the high-priestess of the Carlow-based cult, the Fellowship of Isis, passed away, aged 96 on November 14, 2019.

A family affair, this cult, with a supposed 20,000 to 30,000 members, founded in the basement of Huntington Castle is devoted to the ancient Egyptian goddess of love. 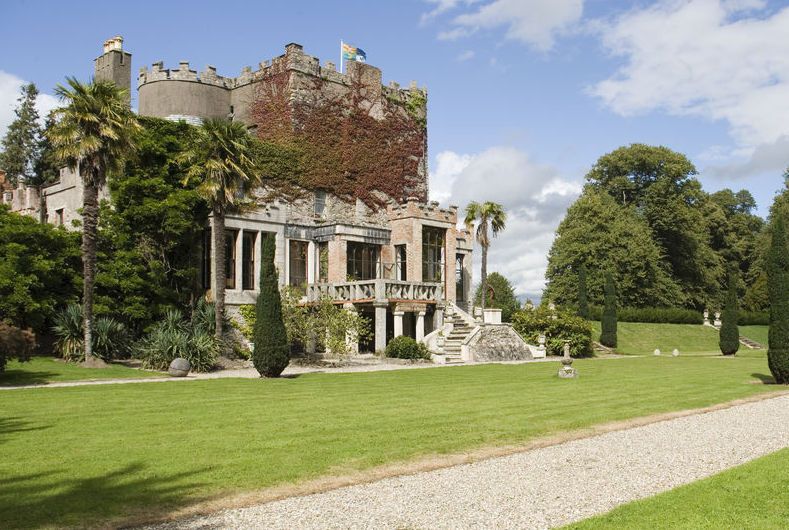 The beautiful Huntington Castle, in Carlow.

The cult was founded by Olivia, her late brother Lawrence “Derry” Durdin-Robertson, a former Anglican clergyman, and his wife Pamela. Olivia Durdin Robertson lived in the castle, in the village of Clonegal, on the Carlow-Wexford border, with her extended family until her death.

By 2018, the Fellowship of Isis, honouring the "Divine Feminine", was said to have had 20,000 and 30,000 members in 90 countries, including (surprisingly) 46 Muslim nations. Olivia Durdin Robertson was the arch-priestess and hierophant of the fellowship.

Visions of a female God

A member of an old Irish Ascendancy family, Robertson had immersed herself in psychic and spiritualist studies in her youth. After a series of visions, which started when she was 29, Robertson became convinced that God was a woman.

After these visions, she believed herself to be "clairaudient, clairvoyant and telepathic”. It was not until she had a vision of the Egyptian fertility goddess Isis that she began to believe that God was a woman.

She seemed to be made of crystallised white light,” she recalled.

“Her black hair was parted in the middle and she wore a violet and pale green dress, very modern, I thought. She seemed a cross between a queen, a ballet dancer and a gym mistress... We had a long conversation, but afterwards, I couldn’t remember any of it.”

Robertson was also visited by the Irish goddess, Dana.

These visions brought her great happiness. She said, “Those visions made me realise that patriarchy had taken over religion, once the domain of matriarchs... and patriarchy had led to wars, greed, and exploitation of the earth.”

Around the same time, Robertson's brother, Lawrence, the 21st Baron of Strathloch, an ordained clergyman, came to the same conclusion. He offered to resign from the Church of Ireland but the bishop said there was no need.

Founding the Fellowship of Isis

According to Robertson herself “At the end of an Aeon and the beginning of the space age, the Goddess Isis is manifesting as the feminine expression of divinity." 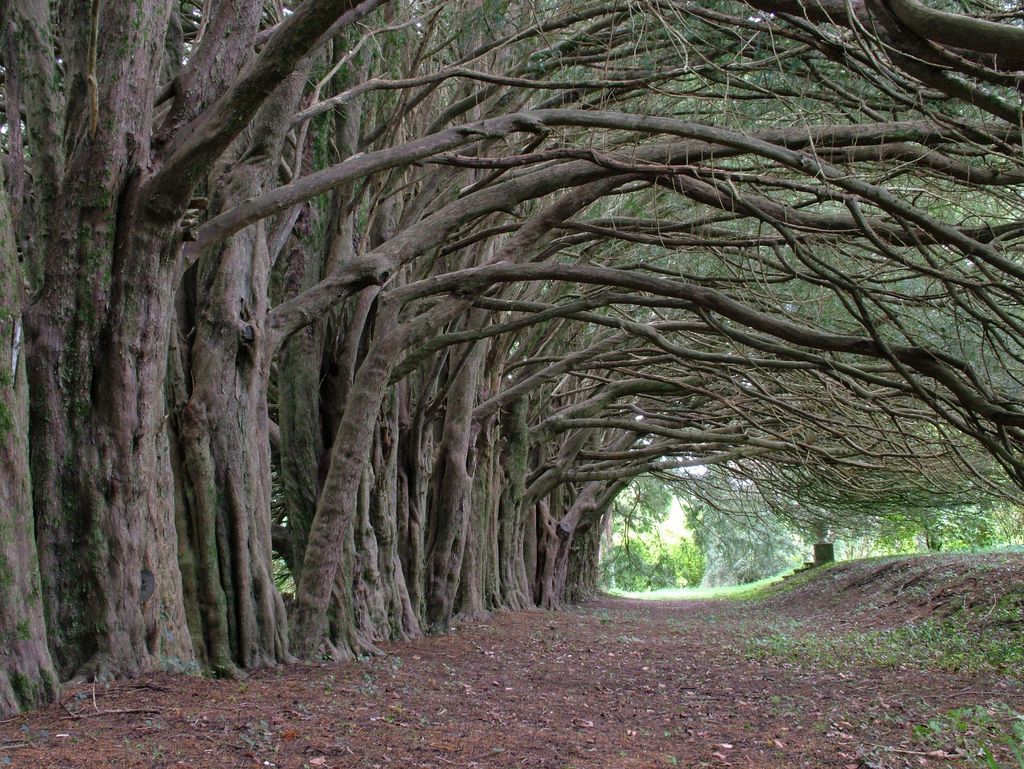 An archway of Lime Trees, on the grounds of Huntington Castle, Carlow.

In 2009, Robertson's nephew (who is now deceased) built an Egyptian team dedicated to his aunt in the basement of Huntington Castle.

The Fellowship still commands a strong online presence 2011, Robertson, considered the goddess incarnate, named her niece, Cressida Pryor, her successor as steward of the Fellowship.  In October 2014, Cressida announced the Irish-based Circle of Brigid the "central parliament" and "executive board" of the Fellowship of Isis Foundation Centre.

Huntington Castle, believed to be haunted, was the perfect headquarters for the fellowship. Built as a military garrison, in 1625, on the site of a 14th-century abbey. It became the seat of the Esmonde family, ancestors of the Robertsons.

The castle soon attracted what Roberston called "ordinary Irish psychics". As the castle's upstairs filled up Robertson and her brother built an underground temple in the dungeons, including 12 shrines (dedicated to the signs of the zodiac), and five chapels (each dedicated to a different goddess). 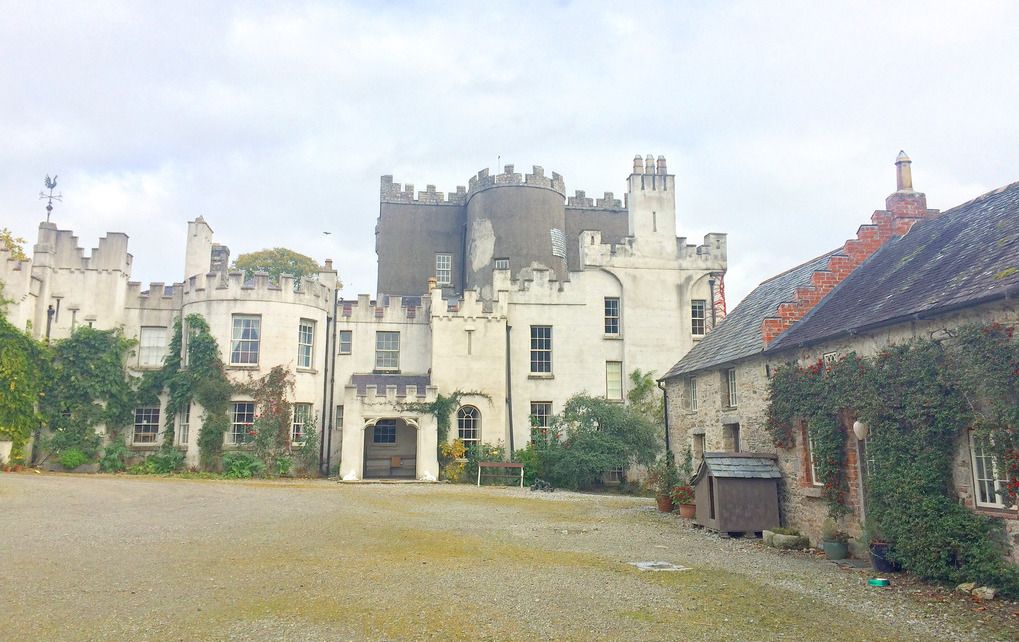 Inside the courtyard of Huntington Castle, in County Carlow.

The siblings performed elaborate rituals. Lawrence would wear blue robes, with a crook and a tall blue hat. She wore a pink, glittering golden or multicoloured gowns, with her mane of hair dyed black, topped with a brass coronet. She would also carry a sacred “sistrum” (a rattle made of small cymbals set in a wooden frame).

The Telegraph recalled that at first the tiny village in Carlow was horrified. Robertson said "They thought we were all witches. It absolutely freaked them,” Olivia recalled.

“But we left the outside door of the castle open at every ceremony so they could come round and participate. We never had any secrets.”

Huntington Castle, still home to the Fellowship of Isis and home to the Robertson family, is nowadays open to the public around Halloween.

Have you visited the area of Huntington Castle? What do you make of the Fellowship of Isis? Let us know in the comments section below.