Where are they now? The cast of 'Father Ted'?

'Father Ted' is a classic, loved across the world for its hilarious portrayal of questionable and quirky Irish priests living on the made up island Craggy Island. 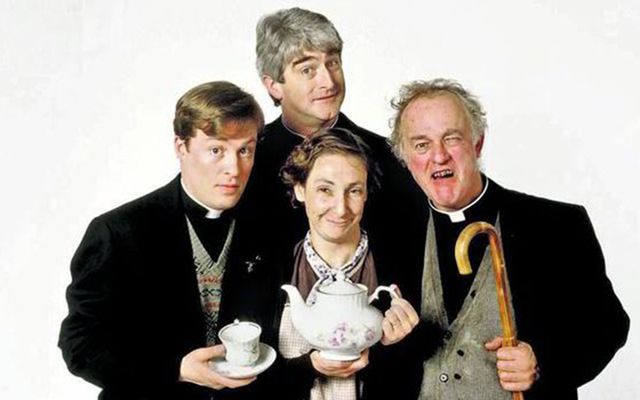 The cast of Father Ted

In our new series, “Where are they now?” we are looking into what the actors of “Father Ted” are up to now and the legacy they have left behind. Check out the first article of the new series here.

'Father Ted' is a classic, loved across the world for its hilarious portrayal of questionable and very quirky Irish priests living on the made up Craggy Island. The beloved show ended when Dermot Morgan, who played the main character, died in 1998. He was just 45-years-old at the time.

Dermot Morgan was hosting a dinner party at his home when he died following a heart attack. His loved ones believe that his unexpected death was partly due to immense stress. Morgan’s work lives on and continues to inspire young aspiring actors and comedians. If you wish to learn more about about Morgan, the documentary 'Dermot Morgan – Fearless Funnyman,' aired on RTÉ One in 2013.

O’Hanlon has moved on personally and professionally since 'Father Ted' ended in 1998. He is a husband and father of three.  In recent years, he has been prominent in the TV series “Death in Paradise,” which premiered in 2011. O’Hanlon has returned to stand-up every now and then in his career.

Kelly played the cranky Father Jack Hackett who loved the girls and the drink.  In 2016 Kelly passed away – 18 years to the day of Dermot Morgan’s passing. In 2015, he published his autobiography “The Next Gig” and in that same year he announced that he had Parkinson’s Disease. President Michael D. Higgins spoke at Kelly's funeral and said, "He will forever be remembered for his roles in the theatre and will be recalled with great affection and fondness for his roles on television, including in 'Wanderly Wagon,' 'Glenroe' and the much-loved 'Hall's Pictorial Weekly.'"

McLynn is widely known and loved for her catch phrase “Ah, go on” from 'Father Ted.' In 2005 she received a nomination for a for Best Actress award at the Irish Film and Television Awards for her performance in “Gypo.” She continued to work in TV, appearing as Yvonne Cotton on the BBC soap opera 'EastEnders.' McLynn is an author and has written more than 10 novels.

What is your favorite Father Ted catchphrase? Let us know in the comments below.