Ireland has a new Hollywood resident! Elizabeth Banks reveals that she and her family are in Ireland while filming her new project 'Cocaine Bear.' 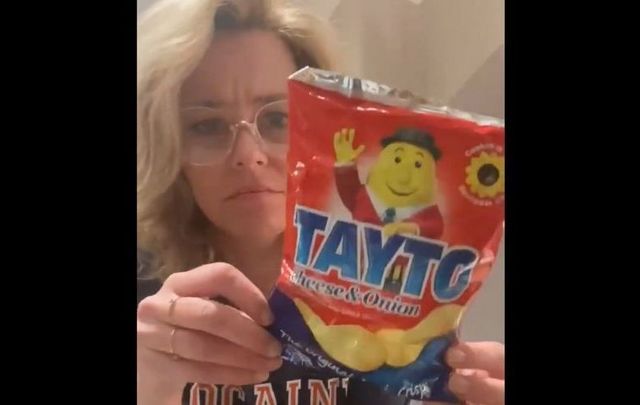 Elizabeth Banks has joined the likes of Matt Damon and Patrick Dempsey by choosing to film her latest project 'Cocaine Bear' in Ireland.

On Monday, Banks shared a video on her Twitter and Instagram pages with a simple caption: “I’m in Ireland.”

In the brief video, Banks can be seen beside an Irish flag and taking her children swimming in the Irish sea.

“So, I moved my whole family to Ireland,” Banks says.

The video cuts to a clearly nervous Banks driving on an Irish road with the caption “they drive on the wrong side.”

She also gives a fleeting shoutout to Ireland’s national treasure, a bag of cheese and onion Tayto.

“I hope you enjoyed this little look at Irish life,” Banks says before the video ends.

Amongst the many people who replied to Banks' tweet welcoming her and her family to the Emerald Isle and offering some Irish travel tips was none other than Mr. Tayto himself:

Welcome! Nothing like pack of Tayto to get you accustomed to Ireland 😉

Banks, who is an actress, director, writer, and producer, previously featured in the massively successful The Hunger Games and Pitch Perfect film series. The 47-year-old star once said she was raised "Irish + WASP + Catholic."

While the plot of Banks' new film 'Cocaine Bear' has been largely kept under wraps so far, it is said to be inspired by the wild yet true story that unfolded in Kentucky in the mid-1980s.

According to the Northern Kentucky Tribune, the plane that Andrew Thornton III, the kingpin of the drug smuggling ring 'The Company,' was flying malfunctioned while he was flying illegal drugs across the region in 1985.

"Panicked, he [Thornton] strapped pounds of cocaine to his body and pushed the rest out of the plane before jumping out with a parachute.

"When the parachute didn’t open, Thornton fell to his death onto a driveway in Knoxville, Tennessee.

"The plane crashed 60 miles away and 'Cocaine Bear' was found months later 50 miles away in Georgia’s Chattahoochee National Forest.

"The dead bear was believed to have ingested roughly $15 million worth of discarded drugs found in a duffel bag from Thornton’s haul."