Irish stars Brendan Gleeson and Colin Farrell will arrive in Galway in July 2021 to film The Banshees of Inisheer, written and directed by Martin McDonagh. 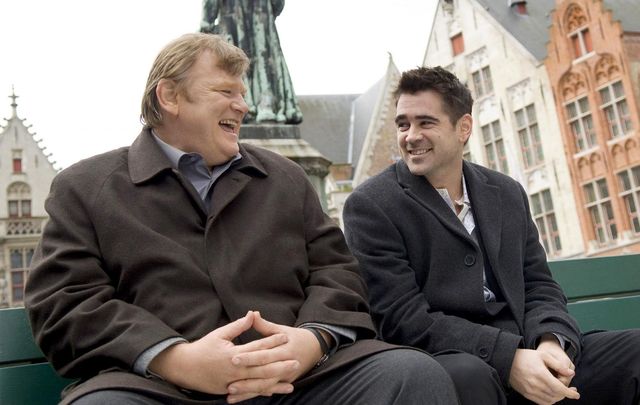 Brendan Gleeson and Colin Farrell in Martin McDonagh’s In Bruges in 2008.

The remote Aran Islands off the coast of Galway will be a hotbed of activity this summer when Colin Farrell and Brendan Gleeson arrive next month to film The Banshees of Inisheer, written and directed by Martin McDonagh.

Goss.ie broke the news last week that the three will reunite for Martin McDonagh’s latest Irish project, which was supposed to film last summer but, of course, the pandemic had other plans.

Deadline.com says the film “is set on a remote Irish isle, and (Farrell and Gleeson) will play two lifelong friends who find themselves at an impasse when one abruptly ends their relationship with alarming consequences for both of them.”

McDonagh, a Londoner whose parents were Irish-born, spent many summers on the Aran Islands, and Ireland has influenced so much of his work, including his award-winning plays. He’s got two Irish trilogies, and Banshees was originally written as a play many years ago but McDonagh didn’t release it because he said it “wasn’t any good.”

You may remember Colin Farrell and Brendan Gleeson starred in McDonagh’s In Bruges in 2008, a comedy-crime caper that won Colin a Golden Globe award. Their second collaboration starts production on July 14.

“All the locals are preparing for Colin and Brendan’s arrival next month. There’s huge excitement in the air. Anyone looking to book a staycation on Inis Mór this summer will be disappointed, as all the accommodation on the island has been booked out for two months,” a source told Goss.

“They’ll be shooting scenes all over the island, and everyone’s super excited about meeting the cast and crew.”

Colin just returned from Australia, where he was shooting the upcoming Ron Howard film Thirteen Lives with Viggo Mortensen and Joel Edgerton. The Dubliner and dad of two who now lives in Los Angeles has seemingly never been more in demand.

Last week it was announced that he’ll star with Rachel Weisz in a comedy called Love Child. The plot, says TheWrap.com, “follows a precocious kid in Texas who schemes to rid himself of his brutish dad so he can have his mom all to himself. Things go awry when a handsome stranger appears.”