Stars of "In Bruges" Colin Farrell and Brendan Gleeson have teamed up with Martin McDonagh to shoot a new feature film "The Banshee of Inisheer." 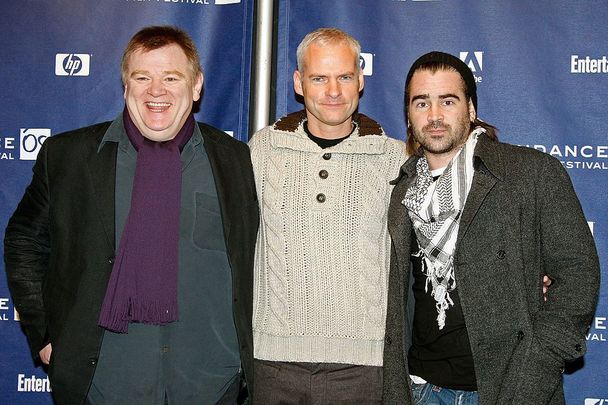 Colin Farrell will team up with Brendan Gleeson yet again this year to star in Martin McDonagh's new feature - 'The Banshees of Inisheer.'

American site Deadline reports that the new movie will begin filming this summer.

The film is reportedly set on the remote Irish island of Inisheer, the smallest of the Aran Islands.

The film's plot centers around two lifelong friends who find themselves at an impasse when one abruptly ends their relationship with drastic consequences for both, according to Deadline.

The Banshees of Inisheer is an unpublished play written by McDonagh and is the finale of his 'Aran Islands trilogy.' The previous entries in the series - 'The Cripple of Inishmann' and 'The Lieutenant of Inishmore' - opened in theaters over a decade ago.

Both are dark comedies set on the western Irish islands and 'The Lieutenant of Inishmore' received a Tony nomination for Best Play in 2006.

Farrell previously shared the screen with Gleeson in 'In Bruges,' a critically acclaimed 2008 dark comedy written and directed by McDonagh.

The film follows two hitmen who are hiding from the law in the medieval Belgian city of Bruges.

Farrell, who won a Golden Globe for his performance in the comedy, plays a suicidal assassin struggling to cope with a botched job.

Gleeson, his partner, is tasked with babysitting him and hilarity ensues.

The film proved to be a breakthrough for Martin McDonagh, an Irish-English playwright, screenwriter, and director.

He has since gone on to direct several hugely popular and critically acclaimed feature films, including 'Seven Psychopaths' and 'Three Billboards Outside Ebbing Missouri', the latter of which garnered an Oscar nomination for Best Picture.