Colin Farrell finished the Brisbane Marathon last weekend in a time of 3:53:14, a mighty impressive showing considering it was his first official long-distance run. 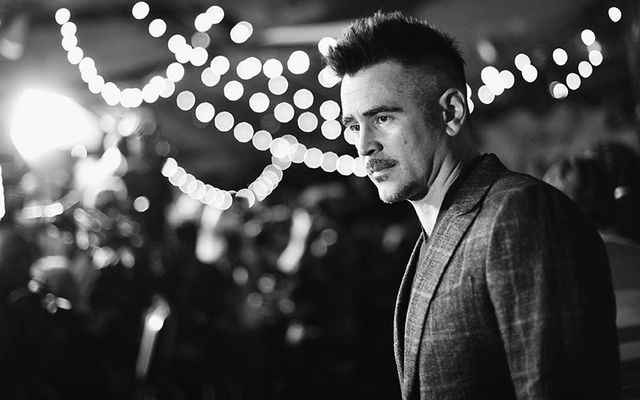 The Irish star Colin Farrell has come a long, long way from his old demons – namely, addiction – as witnessed by his latest healthy feat down under.

He didn’t want any fuss at the finish, according to race commentator Pat Carroll, who couldn’t resist singling out the A-lister in the midst.

"They didn't want it to be made public, probably for a number of reasons -- probably one of them being he wasn't even sure he was going to finish."

"His security guy was standing next to me waiting for him to finish and I said to him, 'Do you think it'll be okay if we give him a warm reception when he comes across the line?'" Carroll said. The guard gave his approval and Colin got a big roar from the crowd when he finished.

Colin has been in Australia for some time now working on the new Ron Howard film Thirteen Lives with Viggo Mortensen and Joel Edgerton. It’s based on the real-life rescue of 12 Thai schoolchildren who were trapped in a flooded cave in 2018 with their football coach – you’ll likely remember being gripped by the live TV coverage of the dramatic rescue.

Colin will portray one of the rescuers, John Volanthen, who recently told the Sunday World that he had some great Zoom chats with Colin about the movie and how the rescue went down. Volanthen also shared that he’s a long-distance runner which apparently sparked Colin’s interest in the sport.

“He's even taken up running because he sees that's something I do a lot of,” Volanthen told the World.

“I found Colin to be fantastic company. He's really conscientious, very funny, very caring. I believe this is the first time he's actually played a role and then been introduced to that person, and I think that comes with its own challenges.”