"Are horror films a fantasy crafted to calm the imagination by enacting some of its worst fears, or worse are they disguised rehearsals of the kind of mayhem that we would visit on others, given half the chance?" 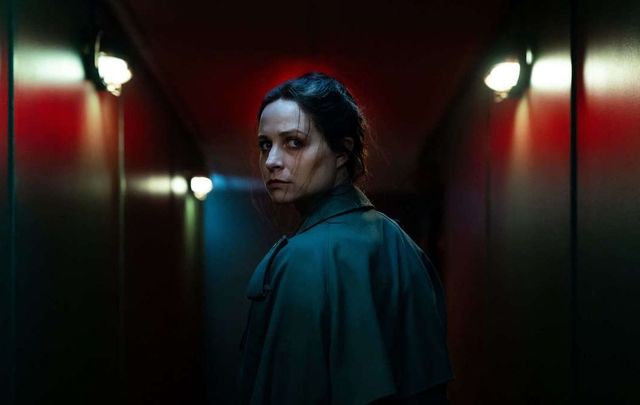 If you lived through the 1980s you may remember the “video nasty” controversies. When VCRs first emerged they were a new technology and so not as tightly regulated as the local cinemas, a fact horror film directors took full advantage of producing gorefests that pulled the crowds and made big box office.

Slasher flicks like The Evil Dead and The Texas Chainsaw Massacre did big business, startling filmgoers with literally eye-popping special effects, and in the process creating growing social hysteria and moral outrage. Would these ghastly films corrupt their young viewers, inspiring a new generation of rapists and murderers critics asked?

These vexed questions and more are asked again by Censor, the new and (take it from me) terrifying horror film starring breakout Irish star Niamh Algar, 28, the Mullingar born actress best known for her work with director Ridley Scott on the sci-fi series Raised By Wolves and the Michael Fassbender produced Irish crime drama Calm With Horses.

In 2018 Algar was named one of Screen International’s “Screen Stars of Tomorrow” and in 2019 she was selected by BAFTA as one of their Breakthrough Brits, although she is in fact Irish. 2020 saw her achieve even more fame in HBO's and Scott's hit sci-fi.

In Censor Algar plays (appropriately enough) a young film censor called Enid Baines who takes great pride in her meticulous work, guarding impressionable cinema audiences from the dangers of all the gore-filled decapitations, eye-gouging's and rapes that she pores over each day.

But things get even more disturbing when her sense of duty to protect the innocent is mirrored by guilt over her inability to recall the important details of the long-ago disappearance of her sister, who has recently been declared dead in absentia.

Folding her work as a censor into her life as a damaged young woman eager to shield herself from the horrors of the real world, the writers have created a profoundly disturbing tale that asks hard questions of the viewer.

Are horror films a fantasy crafted to calm the imagination by enacting some of its worst fears, or worse are they disguised rehearsals of the kind of mayhem that we would visit on others, given half the chance? Is real life scarier than fiction? 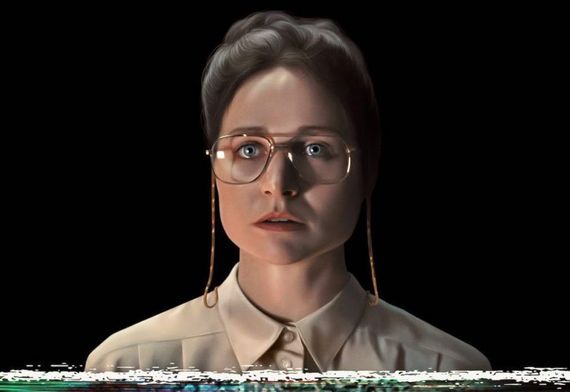 Censor is set in the 1980s at the very height of the video nasty moral panic, where Enid has been entrusted with the hard job of deciding what is simply too grotesque for the public to ever see.

What takes this film to the next level is the growing atmosphere of paranoia and suspicion that takes shape after a horror film Enid's presented with shockingly mirrors the realities of her own sisters unexplained disappearance. Who is behind this film and what kind of conspiracy is afoot?

Described by critics at Sundance, which gave us mega-hits like The Blair Witch Project, as “the best horror film in years” it's already garnered the kind of advance praise that filmmakers can only dream of.

But it's not the only arrow that Algar has in her quiver this summer, though. This month she was the breakout star of Guy Ritchie's latest criminal caper Wrath Of Man, which despite his usual tepid reviews was number one hit at the box office and saw her star ascend even further in Hollywood.

Her work with famed director Ridley Scott in the sci-fi series Raised By Wolves also saw her international profile increase in a show that was a critical and commercial hit for HBO during the long running pandemic. 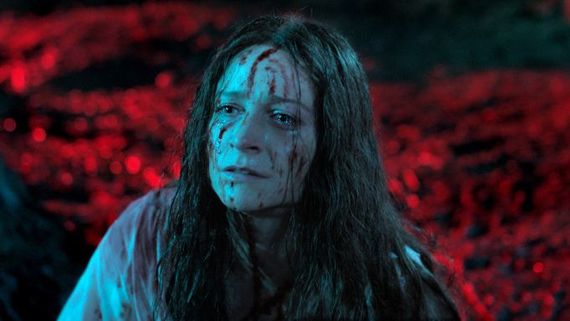 Meanwhile, Censor is one of those films that requires the audience to go in blind, as it were. The surprises are undeniably part of its impact. You may think you're in for one kind of film only to have the rug pulled mid-way, with the kind of storytelling that makes you distrust what you're seeing and who is doing what to who.

“When I read the script of Censor, I had a great understanding of the character, but the locations, the set design, and the whole look and color of everything surpassed all my expectations,” Algar told the press, referring to the muted tones and shoulder pad 80's fashions that bring the film to life.

“When you’re watching the film, you’re laughing and crying at the same time - your emotions have been taken out, scrambled, and thrown back in. You feel how Enid feels in that moment. It's psychological, dramatic; but peppered with comedy - nuggets of light relief.”

Censor asks hard questions that are hard to answer, and part of the true horror of the film is in the understanding that the gap between fact and fiction can completely collapse. In this way, it is certain to be one of the most talked-about films of the summer (it releases in cinemas on June 11 and on-demand on June 18).