Matt Damon vows to return to Ireland for "caravan" holiday

Damon and his family were famously holed up in Ireland last spring during the country's first COVID-19 lockdown and the Jason Bourne star became an overnight sensation. 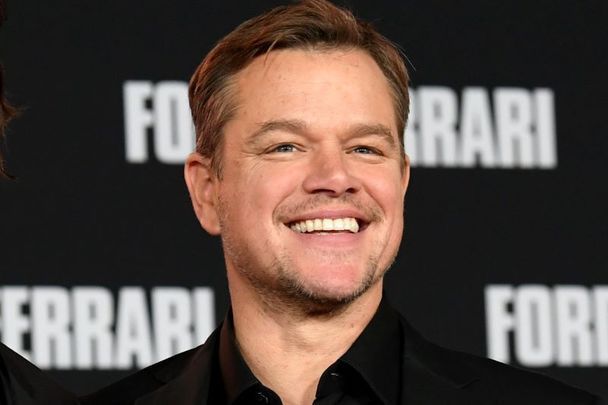 Hollywood actor Matt Damon has vowed to return to Ireland next year on vacation, admitting that nowhere compares to the Emerald Isle.

Damon and his family were famously holed up in Ireland last spring during the country's first COVID-19 lockdown and the Jason Bourne star became an overnight sensation with the people of Dalkey in South Dublin.

Damon was frequently spotted running on Killiney Hill and was famously seen carrying his swimming gear in a SuperValu shopping bag at Easter last year.

Speaking at the virtual Dalkey Book Festival 2021, Damon revealed that he plans to bring his wife Luciana Barroso and their four daughters back to Ireland next year on a road trip around the country in a caravan.

"There’s no comparison, man, we love it there so much," Damon said during an interview with broadcaster and Irish Times columnist David McWilliams.

"We made a bargain with the kids that when this all ends we’re going back and we’re gonna do our trip.

"We all really want to do it, we just felt comfortable there . . . the town is so beautiful and we’re just walking up Killiney Hill, walking over to Mugs [cafe] and getting coffee. It was just the best."

Damon, who is currently in Australia filming "Thor: Love and Thunder" also spoke of his rise to Irish folk hero during Ireland's first lockdown.

"Hopefully I don't screw it up," he told McWilliams.

Damon also addressed the viral image of him holding his swimming gear in the now-famous SuperValu shopping bag.

He said that he was "surprised" by the fanfare that surrounded the viral photograph.

"It wasn’t even like a paparazzi shot or anything because there weren’t any of those. It was just someone who I grabbed a picture with and I was holding the bag . . . I mean when you’re living there, that’s where you shop," Damon said.

Damon said that his family "lived like locals" during their time in Dalkey and said that his children can see themselves living in Ireland.

Damon temporarily moved to Ireland before the outbreak of the pandemic to film the "Last Duel". Filming was suspended when the Irish Government introduced strict public health restrictions to curb the spread of the virus, meaning that he had to return with his family later in the year to complete the movie.

He said that he was surprised that his children enjoyed their time in Ireland so much given that they lived under "draconian" restrictions.

"It was such a strange time because we got there just as the lockdown started and we lived there for three months, and then went back to finish the movie and lived under kind of even more draconian rules . . . so it’s funny that they love it so much. I don’t know if there’s something about just the fact that we didn’t do any sightseeing."

Damon was joined by several special guests at the Dalkey Book Festival 2021, including President of Ireland Michael D. Higgins, US Senator Bernie Sanders, and U2's The Edge.