Matt Damon is finally saying goodbye to Ireland after capturing the hearts of the nation while he and his family took up residence in Dalkey during the COVID-19 lockdowns. 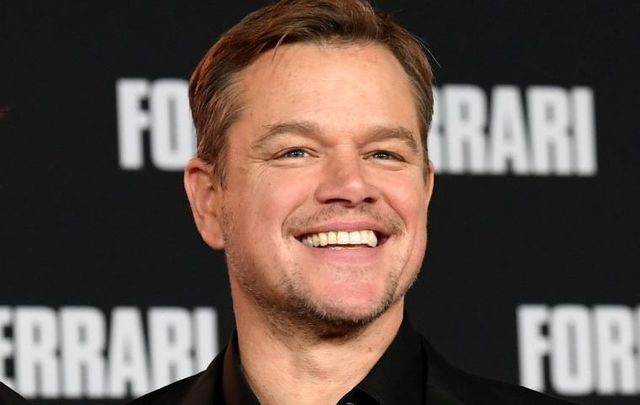 Matt Damon has caused quite a stir in Ireland after he took up residence in the South Dublin suburb of Dalkey with his family as the COVID-19 lockdowns began to take hold in March.

However, Damon's "fairytale" seems to be at an end after he was reportedly spotted at Dublin Airport on Thursday morning.

The Country Bake Cafe in Dalkey posted a picture of Damon on their Facebook page on Wednesday alongside the caption: "Our last visit from Matt and his family for a while. Safe travels! Thanks for bringing some excitement to Dalkey during this pandemic!"

Our last visit from Matt and his family for a while. Safe travels! Thanks for bringing some excitement to Dalkey during this pandemic! @matt_damon_official

Damon arrived in Ireland with his family in early March to begin shooting "The Last Duel" - a new film directed by Ridley Scott.

His quarantine in Ireland has become one of the more curious narratives to emerge during the COVID-19 pandemic and the actor has endeared himself to Dalkey residents and the larger Irish population during his stay.

Locals frequently spotted him in local eateries prior to the shutdown in late March and he has been spotted walking and jogging on nearby Killiney Hill.

He was also notably spotted with a SuperValu bag full of swimming gear as he prepared to go swimming on Easter Weekend in a photograph that has since gone viral.

He endeared himself with the locals even further when he sent a video to graduating students of Loreto Abbey - a local high school - to congratulate them on what would have been their final day of school.

BREAKING: (hearts💘!) Special message just now from the lovely lad next door, for the 6th yr girls, Loreto Abbey Dalkey. Cool surprise org by their amazing teachers on what would have been their final day in school. Fair play #MattDamon #LeavingCert pic.twitter.com/4PQttJyNQb

Dalkey locals also shooed off a New York Times reporter looking for an inside scoop on the actor's quarantine life, protecting Damon as if he were one of their own.

Rumors have spread like wildfire since Damon moved to Dalkey with some residents claiming that he was set to release a charity single with local musician Chris de Burgh and others telling anyone who would listen that he was set to run the next Dalkey Book Fair. None of those rumors ever came to fruition and it seems that there was little truth in any of them.

What is true, however, is that Damon captured the hearts of Dalkey locals and the Irish nation and helped to boost morale at a time when morale and spirit were hard to come by. So much so that on May 16, Dublin Airport addressed "queries" about whether or not they could prevent Matt Damon returning to the US:

In response to a number of queries, we can confirm that we’re unable to stop Matt Damon returning to the US if & when he so chooses. That would be a repatriation journey. Even though some of us would like to, we can’t just keep the guy indefinitely. #MattDamon #DamoninDalkey