Damon has caused quite a stir in the Dublin suburb of Dalkey. 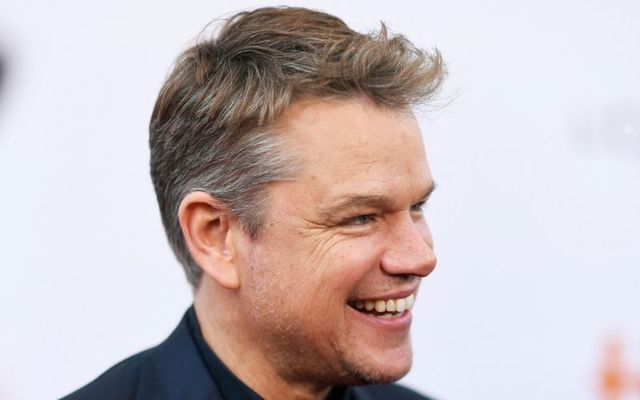 Matt Damon has been holed up in Dublin since March. Getty

Locals in Dublin banded together to protect Matt Damon's privacy and chase away a New York Times reporter who was looking for an inside scoop on the Hollywood A-lister.

Damon, who has been holed up in the Dublin suburb of Dalkey since the Irish government announced a lockdown on March 27, appears to have won over the locals.

New York Times journalist Heather Tal Murphy reached out to Dalkey residents on the Dalkey Open Forum on Facebook looking for information about Damon's time in Ireland. She was unanimously rebuffed by the protective locals.

"Hello Dalkey residents. I'm a New York Times reporter writing a story on life in Dalkey right now. This is connected to reports that residents have been delighted by sightings involving a new neighbor: actor Matt Damon," Tal Murphy wrote on Facebook.

The responses had a running theme - to leave the Hollywood star alone.

"How about just leaving him be? It's one of the reasons celebs love Ireland, they get left alone and treated like a normal human," another user wrote under Tal Murphy's post.

LOVING Dalkey’s response to a NYTimes journo trying to get the goss on Matt Damon! #MattWho #Dalkey pic.twitter.com/6ErWRTO8gP

Tal Murphy updated her post shortly afterward and commented on the protective nature of the Dalkey residents.

"I have gotten the message that people don't think it's appropriate to ask about Matt Damon. I think he would appreciate how protective you're all being," she wrote shortly afterward.

It seems as though Matt Damon has made quite the impression in Dalkey as locals begin to consider him as one of their own.