Co Derry woman Olivia Burns revealed that Patrick Dempsey stayed in her guesthouse in Northern Ireland for the past two weeks ahead of filming "Disenchanted." 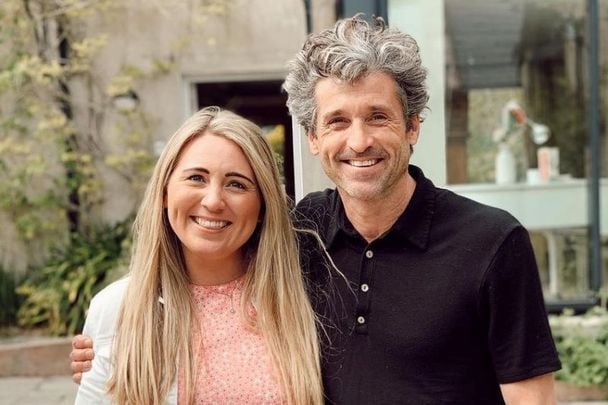 Oliva Burns was finally able to reveal that Patrick Dempsey had been staying at her guesthouse in Northern Ireland for the last two weeks ahead of filming for 'Disenchanted.'

Olivia Burns, a luxury candlemaker in Coleraine, Co Derry, said that Patrick Dempsey stayed in her guesthouse for the past 14 days as he prepares to film "Disenchanted," the sequel to Disney's 2007 hit film "Enchanted," in Enniskerry, Co Wicklow.

Burns, who revealed her top-secret houseguest in a press release as well as a now-deleted Instagram post, said: "We have been hosting the fabulous Patrick Dempsey for the last 2 weeks as he prepares to star in his exciting new Disney film, Disenchanted.

"It has been very surreal going to work and seeing McDreamy every day.

"We have enjoyed lots of daily chats with Patrick about the beautiful Northern Irish countryside," she said.

Burns noted that Dempsey was a fan of her luxury candles, adding that "Irish Fireside" was his favorite scent.

Dempsey first began documenting his much-hyped time in Ireland on Instagram on May 6.

On May 11, he uploaded a video of himself with his "new trusty steed," which Burns now reveals is her donkey Neddy.

"Mr. Dempsey was also a big hit with our donkey, Neddy, who is now Insta famous with over 1.1 million views on Instagram," Burns said.

“We are sad to see him go today," Burns said on Monday, "but loved having Patrick Dempsey to stay and wish him lots of luck with his new film, we can’t wait to see it!”