Dan Mulhall, Ireland's Ambassador to the US, will become a Global Distinguished Professor in Irish Studies at New York University later this year. 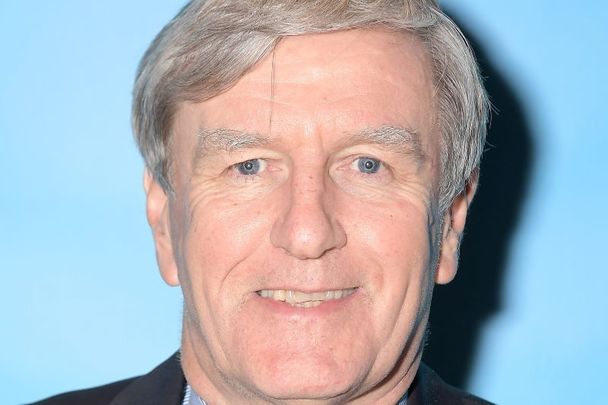 Glucksman Ireland House at New York University has appointed Ireland's Ambassador to the US Dan Mulhall as the fall 2022 Global Distinguished Professor in Irish Studies.

Ambassador Mulhall, currently the Ambassador of Ireland to the United States, will retire from the Irish Department of Foreign Affairs and Trade in August following an eminent 44-year career as a diplomat.

A key player in the changing global roles of the European Union and the United States, Ambassador Mulhall is a prominent public intellectual who has published widely, most recently, "Ulysses: A Reader’s Odyssey," which became a bestseller in Ireland this year.

Ambassador Mulhall will teach an undergraduate seminar, “Literature as History: Ireland 1880-1940," and will also contribute to public programming in Ireland House and at a variety of forums across New York University.

We are thrilled to announce that Ambassador Dan Mulhall will join us in the fall as Global Distinguished Professor of Irish Studies at @nyuniversity. https://t.co/ZvF7EfeW0k pic.twitter.com/WUrv8pQUli

Ambassador Mulhall said, “As someone with a lifelong passion for Irish history and literature and a deep commitment to education, I welcome this wonderful opportunity to become Global Distinguished Professor in Irish Studies at New York University following my retirement as Ambassador in September.

"NYU is the largest private university in America, and I have immense admiration for the great work being done at Glucksman Ireland House, which is one of the premier centers of Irish studies in the world, teaching hundreds of students from around the globe every year.

"I relish the prospect of teaching Irish Studies there and contributing more broadly to the academic life of NYU.”

Some personal news. When I finish my term as Ambassador, I will take up a new role as Global Distinguished Professor of Irish Studies @GIHNYU @nyuniversity. Until my last day @IrelandEmbUSA in August, I will be full on in serving Ireland’s interests in ??.https://t.co/4IubvLSFFX

Welcoming the appointment, NYU President Andrew Hamilton said, “We are delighted that Ambassador Mulhall will become a Global Distinguished Professor at NYU in the Fall.

"He has been at the forefront of European and American politics for many years and will bring valuable insights to our university regarding fast-moving geopolitical events around the world.”

Antonio Merlo, Dean of the Faculty of Arts & Science at NYU, said, “Ambassador Mulhall will be a most welcome and distinguished addition to the Arts & Science faculty.

"He brings broad scholarship and experience across literature, history, politics, and diplomacy, resonating with our community’s commitment to understanding the world through a multidisciplinary lens.”

The Director of Glucksman Ireland House, Professor Kevin Kenny said, “We are excited to welcome Ambassador Mulhall to NYU. A brilliant teacher and public intellectual, Dan Mulhall will share with our students a deep and infectious knowledge of Irish history and literature, an extraordinary range of experience as a diplomat, and an unrivaled understanding of Ireland’s place in the contemporary world.”

The Chair of the Advisory Board of Glucksman Ireland House, Loretta Brennan Glucksman, added, “Ambassador Mulhall will greatly enhance our mission to teach, research, and engage with American audiences, including the Irish-American diaspora in the United States. The Ambassador is a popular lecturer on Joyce and Yeats, as well as on Irish history.”

Ambassador Mulhall joined Ireland's Department of Foreign Affairs in 1978 with early diplomatic assignments in New Delhi, Vienna (OSCE), Brussels (European Union), and Edinburgh; he contributed to the historic Good Friday Agreement in Northern Ireland in 1998; and he went on to serve as Ireland’s Ambassador to Malaysia (2001–2005), Germany (2009–2013), and the United Kingdom (2013–2017), during the referendum on Brexit, before taking up his current position in Washington in August 2017.

Ambassador Mulhall holds a BA in Literature and History, a Higher Diploma in Education, and a Master’s Degree in Irish History. A tutor or lecturer at three universities, he has published two sole-authored books, a co-edited collection, and numerous book chapters and essays on Irish history and literature and on international relations. As a writer and intellectual, he has been an advocate of public diplomacy, using social media, blog posts, and podcasts to disseminate insights into his work at the Embassy and to promote Irish culture, history, and literature more generally. He posts lines of Irish poetry on a daily basis to his 34,500 Twitter followers.

In addition to his new book on James Joyce’s "Ulysses," Ambassador Mulhall’s publications include "A New Day Dawning: A Portrait of Ireland in 1900" (The Collins Press, Cork, 1999) and, with Professor Eugenio Biagini, "The Shaping of Modern Ireland: A Centenary Assessment" (Irish Academic Press, 2016).

Ambassador Mulhall is a frequent contributor to the media in the United States and Ireland and a regular public speaker at universities (including NYU, where he has delivered two major public lectures at Glucksman Ireland House), at World Affairs’ Councils, and at think tanks.

Located in the heart of New York’s Greenwich Village, Glucksman Ireland House is the center for Irish and Irish-American Studies at New York University, Arts and Science. Its mission is to foster excellence in the interdisciplinary study of Ireland, Irish America, and the Irish diaspora in New York and the global communities.

The faculty offers undergraduate and graduate courses on all aspects of Irish history, literature, language, and culture, putting Ireland in transnational and comparative contexts and emphasizing themes of empire, migration, ethnicity, and gender. It offers an interdisciplinary M.A. in Irish and Irish-American Studies.

Glucksman Ireland House is renowned for its public programming. For the New York community, it presents a weekly public events series during the academic year. For the non-credit adult learner, it hosts evening Irish language classes. It works closely with local, national, and international figures and institutions to promote the study of Irish culture.

Glucksman Ireland House takes a broad and inclusive view of what it means to be Irish, a commitment that is reflected in all aspects of what it does, including the research and lecture series, Black, Brown, and Green Voices, which explores the diversity of Irish-American ethnic identity. Glucksman Ireland House is committed to increasing and enriching diversity and equity among its faculty, staff, students, and members.

Research is a priority. The Glucksman Irish Diaspora Series publishes the best recent scholarly work on the history of Irish migration in North America and around the world. Its faculty edit the American Journal of Irish Studies and publish articles and books in a wide variety of venues. It has also developed the foremost archive of Irish America, with extensive holdings in local and oral history.

About the Global Distinguished Professorship in Irish Studies

The Global Distinguished Professorship in Irish Studies at New York University, Arts and Science will be awarded periodically to a prominent figure in Irish and Irish-American Studies who brings new areas for research and teaching to the field. The Distinguished Professor is invited for one semester to teach in his or her area of specialty. The Professor also gives one public lecture at Glucksman Ireland House.