The "Where Do We Go from Here? Revisiting Black Irish Relations and Responding to a Transnational Moment" features three online panel discussions this month. 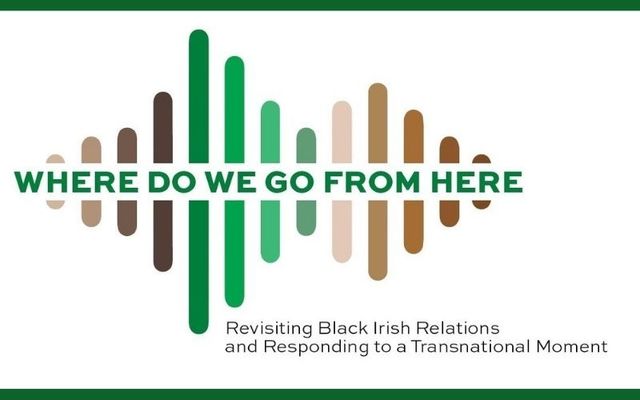 Glucksman Ireland House at NYU has announced a new three-day online conference examining the relationship between black and Irish communities as part of Black History Month Ireland this November.

"Where Do We Go from Here? Revisiting Black Irish Relations and Responding to a Transnational Moment" will be hosted by NYU's Glucksman Ireland House on November 5, 12, and 19, and will consist of three online panel discussions.

Dr. Martin Luther King Jnr. once asked "Where Do We Go From Here?". This same questions informs our conference starting tomorrow. We so grateful to our sponsors @BrademasCenter @NYUOGI @NYUCAS @NYUGallatin NYU Center for the Study of Africa & the African Diaspora @NYUHistory pic.twitter.com/2Zv3ztjsxL

Glucksman Ireland House says: "People of Irish and African descent have lived in the United States for more than four centuries. Their respective trajectories -- marked by complexity, conflict, and collaboration -- have been shaped by American conceptions of identity, hierarchies of belonging, and access to pathways of upward mobility.

"The aim of this conference and programing is to examine the constellations of Blackness and Irishness in the history of the United States and beyond and use their example to ponder present conundrums around race, ethnicity, inequality, and identity politics."

Dozens of respected scholars, including Sir Hilary Beckles of the University of West Indies and George Washington University's Lauren Onkey, will be speaking at the online conferences over the next three Fridays.

The event also featured a seminar from Trinity College's Jane Ohlmeyer, who discussed "Irishness, Blackness and the Early Modern World", while NYU's Kevin Kenny discussed "the American Irish and Race in the Nineteenth Century".

The November 12 conference will run from 9 a.m. until 5:15 p.m. EST and features a panel discussion in collaboration with the Irish Tenement Museum exploring how the trajectories of Irish and African American family history can help us explore race and ethnicity.

Irish actress Ruth Negga, who received an Oscar nomination for her performance in "Loving" in 2016, will be interviewed by NYU scholars Kim DaCosta and Miriam Nyhan Grey during the final conference on November 19.

You can register for the upcoming "Where Do We Go From Here? Revisiting Black Irish Relations" virtual conferences here: November 12, November 19.

The conference series comes in the wake of Glucskman Ireland's House new Black, Brown and Green Report which was published in summer 2021. The report recommended increasing engagement across ethnic and geographical borders, leading to the three online panels on the first three Fridays of November.

Since 2005, a central research initiative of New York University's Center for Irish Studies --Glucksman Ireland House-- has been an Oral History of Irish America Project. Housed at NYU’s Archives of Irish America, the repository now comprises over 350 audio interviews. The goal is to record the experiences of a wide range of Irish Americans towards an understanding of the durability and elasticity of ethnic identity.

Black, Brown and Green Voices represent a targeted documentation strategy of the Archives of Irish America by giving voice to the diversity of the Irish diaspora by recording life histories with Black and Brown Irish Americans. The interviews unpack how intersections of race and ethnicity have framed a sense of Irishness.

The project director is historian Dr. Miriam Nyhan Grey, who has been based at New York University since 2008 and is a founding board member of the African American Irish Diaspora Network.

Seed funding for this project has been generously provided by Ireland's Department of Foreign Affairs and Trade through the Consulate General of Ireland, New York.

You can learn more about Black, Brown and Green Voices here.