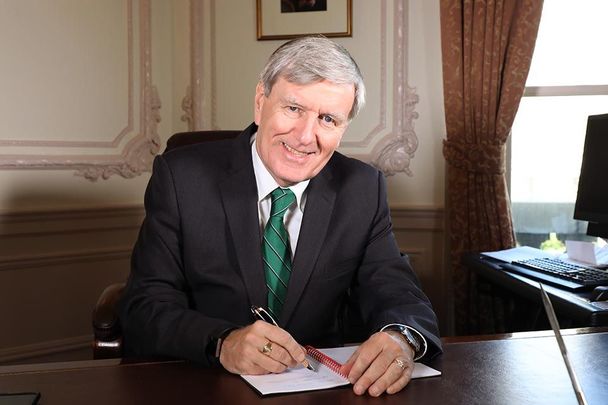 This month his new book 'Ulysses, a Readers Odyssey' will help introduce a new generation of readers to James Joyce's enduring masterpiece in its centennial year - outlining why everyone should read the world's most famous novel.

Both of these world-changing events happened in December 1922 and they still have much to teach us about the enduring power of Irish history and culture.

One hundred years on from Ulysses publication, 'Ulysses: A Reader’s Odyssey' is written by an ideal guide, exploring the book's eighteen chapters and reminding us that it's not a stuffy museum piece but a living, breathing testament of Dublin life, love, and laughter. 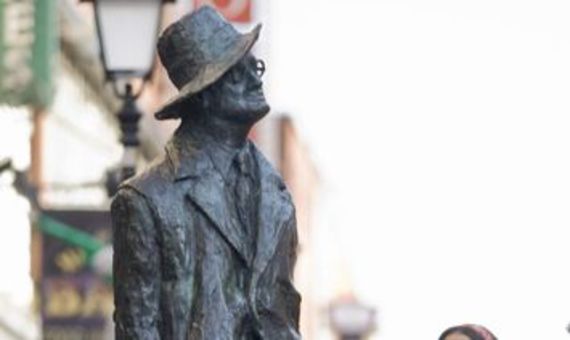 Mulhall's advice can be as practical as it is funny. So you don't understand a more obscure sequence?  Just move on to the next bit he writes, there is still so much more to be discovered. Breaking the frozen adoration that Ulysses is often held in is a good way to remember that Joyce's book should be enjoyed as much as admired.

Mulhall's guidance is as practical as it is passionate and his feeling for Joyce's masterpiece is as evident as his literary consideration of its themes and chapters.

In a way the book is a perfect outworking of his own diplomatic career, making the culture of Ireland, including its history and politics, intelligible and approachable to people with little or no ancestral connection to the country.

These connections can be very surprising. On assignment to India in 1980, he discovered the prime-minster Nehru's sister could recite W.B. Yeats poems by memory because she has learned them whilst under British detention with her brother. Yeats' celebration of Irish history and culture and his preoccupation with Irish independence spoke to her deeply in her own cultural context. Irish literature has the power to do that, Mulhall reminds us.

Born in County Waterford in 1955, when the free education act of the 1960's finally made second-level education free of charge, the change meant that vastly more Irish students qualified for university places for the first time in the history of the state. Mulhall was one of what he calls this “fortunate Irish generation.” 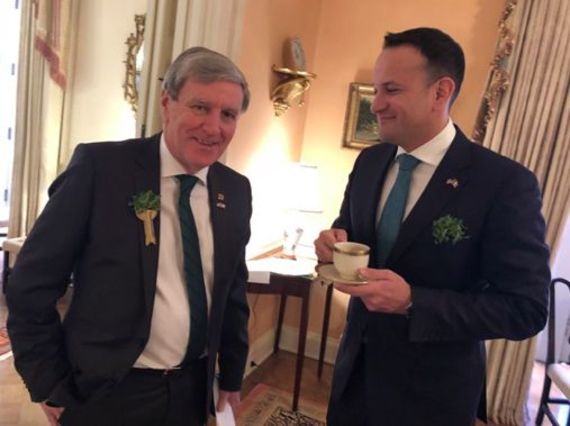 “When I arrived at University College Cork in 1972, most of the people I met were coming from families that had no tradition of university education and therefore were experiencing that for the first time in their family's history,” Mulhall, 66, tells IrishCentral.

“That made it a very special time for my generation, that we were discovering new things together. When I went to Cork in 1972 the student body there was about four and a half thousand students, now it's closer to 25,000. It was the beginning of an educational revolution, which has continued for the last,  half-century. And I think that's brought about the transformation of our country.”

In a real sense the growing opportunities of the new republic were echoed and embodied by his generation and the ones that followed him, he says. “We could operate within the successful democratic state that has developed very considerably during my lifetime. When I look back to when I started in the Department of Foreign Affairs back in 1978, at that time Ireland GDP per capita was probably about less than 70% of the European average.”

“Look at where we are now,” he continues. “It's always difficult to calculate these things, you have to make adjustments for the cost of living in different places, but at a minimum we are now above the European average and probably quite a bit above it, depending on how you calculate. So we have seen a dramatic transformation in our fortunes in the last 30 years. And I put that down to a number of factors. One of which is the educational revolution that occurred from 1968 onwards.” 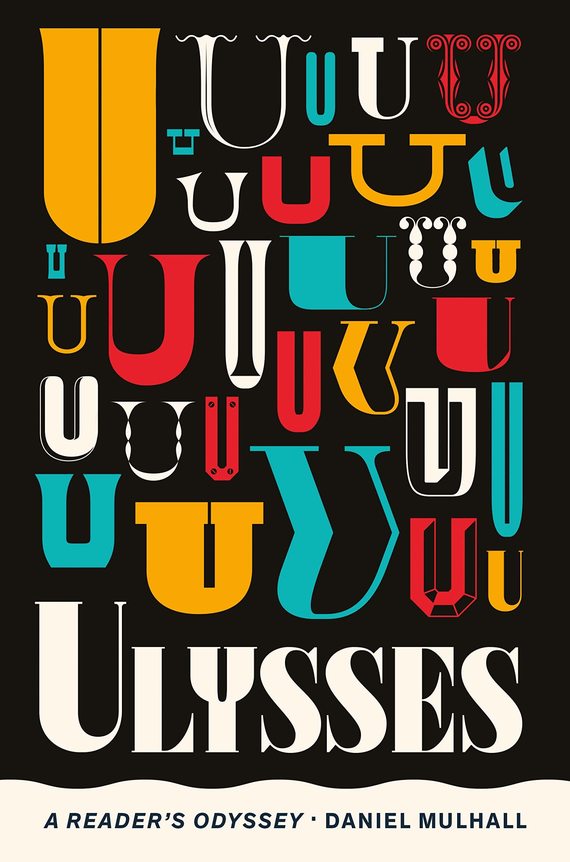 In the book Mulhall describes Irish literary culture as a soft power, but how soft can it really be? In terms of making an impact on the global stage could our culture not be more accurately described as our superpower? It clearly speaks to people who may not necessarily have any ancestral connection to us, and doesn't Mulhall's speeches, his Twitter postings, his love of Irish poetry, and his new book on Ulysses all suggest that too?

“Well, my first assignment was in India, which was a long way from Ireland in those days (the late 70's early 80's). India was economically rather separate from the rest of the world then, a very different country. But I found a lot of Indians I came across were genuinely interested in Irish literature. Or fast forward to my time in Germany in 2012, when the copyright finally expired on Ulysses and two German radio stations produced four dramatized readings of the book. To me, that was a stunning eye-opener."

"This was a separate linguistic culture with a very strong national tradition of their own stretching way back into the middle ages and yet in Germany, you could get two radio stations devoting their resources to producing a full dramatized reading of an Irish book by an Irish writer from a hundred years ago.”

When I ask him what the message of Ulysses is, why it has endured and in a way become a cornice stone of civilization, Mulhall doesn't hesitate. “I believe that Joyce when he wrote the words “force, hatred, hatred history - all that - that's not life for men and women. And everybody knows it's the opposite of that that is really life. Love, he writes, meaning the opposite of hatred.”

“I don't think Joyce was talking exclusively on Ireland in that case, remember Joyce wrote Ulysses between 1914 and 1921. He saw at firsthand the destruction that imperialism, which is in many ways an extreme form of nationalism, had done on the battlefields of Europe where people had killed each other in industrial numbers." 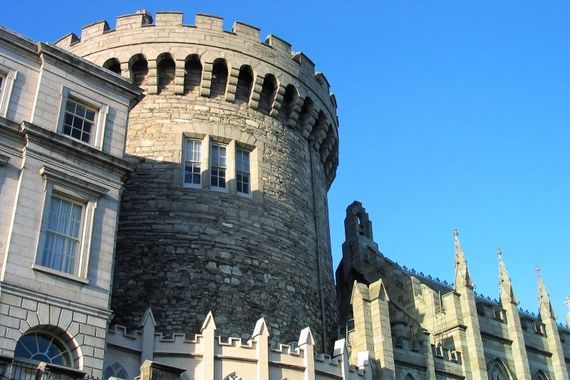 You write that Ulysses arrives within a week of the keys of Dublin Castle being handed over to the government of the new Irish Republic, I tell him. The timing is extraordinary.

“I've always been conscious of the fact that the centenary of Ulysses and the centenary of the establishment of the Irish free state are the same year. Now, Joyce would not have been aware of that, obviously when he sent the manuscript to print, but I find it fascinating that there are all these multiple references to Arthur Griffiths in the book, and the character Leopold Bloom regards Griffith as the coming man. By the time the book was published, Griffin's time had indeed come.”

Mulhall continues: “I've made the point in my book that I see Ulysses as the great modernist novel, and in a way, I regard Ireland as the first modernist state because it set up a pattern, which other countries then followed. In other words in breaking away from an empire."

The strongest message in your book is not to be intimidated by Ulysses, but just to crack it open and set your own path. “Yes, it's not like a detective novel where you have to read chapter three to understand chapter four. This is a different kind of novel, in fact, you could almost see it as eighteen separate pieces of writing in very different styles, which are connected by a thread. So I recommend to people who don't feel they can climb the full mountain that they might as a sample chapter plunge into the Cyclops episode, which is in episode 12, where a potent argument about Irish nationality erupts at Barney Kiernan's pub on Little Britain Street, that's an extreme, enjoyable, lively and funny Irish chapter.”

“I just see Ulysses as a portrait of Dublin at a particular time in history,” Mulhall concludes, “but I do think that it speaks to Ireland and Irishness in a more timeless fashion. In other words, it's not just a portrait of Ireland in 1904. I think there's a lot about it that is relevant to the Ireland of today.”

Ulysses, a Readers Odyssey is published by New Island Books, $18.99.