On This Day: James Joyce's “Ulysses” was published for the first time in 1922

James Joyce's "Ulysses" was famously the focus of an obscenity trial in the US. 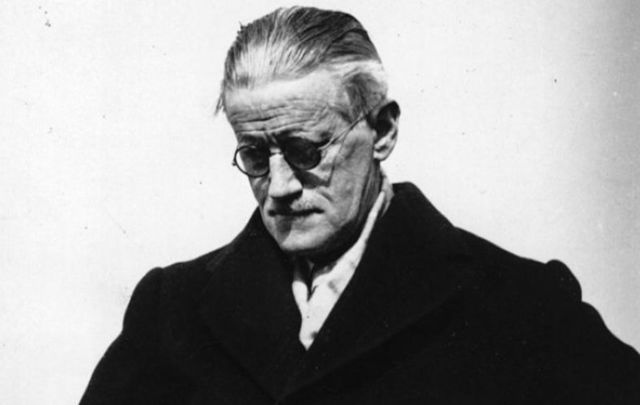 Joseph M. Hassett’s 2016 study reminds us that prejudice was at the heart of the reception of James Joyce's "Ulysses" from the first.

*Editor's Note: Irish author James Joyce's iconic work "Ulysses" was published in its entirety for the first time on February 2, 1922, Joyce's 40th birthday, by Sylvia Beach at the Shakespeare and Company Bookstore in Paris. Joyce and his publishers were brought to trial and convicted of obscenity in the US in 1921.

Prejudice plays an inescapable role in Irish history, and so it follows that it should play one in Irish literature too. Interestingly though, it’s is rarely ever discussed, because prejudice is something that other people have.  Standards are what we have ourselves.

In Joseph M. Hassett’s 2016 study of the obscenity trials that greeted James Joyce’s masterpiece Ulysses, he reminds us that prejudice was at the heart of its reception from the first.

John Quinn, the Irish-American lawyer entrusted to defend the book, thought it unworthy and at times seemed to even work against his own successful defense. A socially prominent Irish-American lawyer, he neither believed in the book nor troubled himself to understand it. In fact, at one time he admitted in court that he did he know why anyone would want to publish it.

Support for a compatriot Irishman was a non-starter for Quinn, nor did he have much regard for the two female publishers who published its first chapters in their literary magazine The Little Review.

Editors Margaret Caroline Anderson and Jane Heap had already had quite a struggle to find a New York printer that was willing to print even one episode of Ulysses, long before the book was finally completed.

In time, though, Anderson and Heap began to publish the chapters in serial form beginning in March 1918. For their efforts, three following editions of The Little Review were seized and immediately burned by the U.S. Post Office, on the grounds that Joyce’s work was deemed “obscene.”

“The story in itself is interesting, but the entrée for me was that in the course of writing about Yeats I came across a letter from his father John to John Quinn,” author Hassett, an attorney with Hogan Lovells in Washington, D.C., tells the Irish Voice.

“In the letter, he outlined what he thought was the key argument to defending the prose of Ulysses from obscenity charges. He said, ‘The reason for the outcry against Joyce has nothing to do with morality, it’s because of his “terrible veracity” is “naked and unashamed.’"

The trial long since successfully concluded, people generally (and Irish Americans in particular) have over time seen Quinn as a hero for handling the case.

“But when you really look at it, the real Irish hero of this whole affair is John Butler Yeats who really described what was at stake, and first made the argument that ultimately prevailed,” says Hassett. It was his veracity that underlined his value to society.

Hassett is a Harvard-trained trial lawyer and a formidable critic in his own right, and so he brings to this book both his literary and legal acumen, becoming the ideal chronicler of this tale.

Ulysses changed the world. It was the literary event of the 20th century, a book that reset the clock and that literally changed how we think and write. Its legacy and importance cannot be overstated.

But it was a close-run thing. The court could easily have ruled the other way.

“Publically Quinn was a prude. He was protective of morals, and he thought that only upper-class men could be safely entrusted with Joyce’s work,” Hassett says.

“He was also prejudiced against Margaret Anderson’s lesbianism. His own professional success was deeply tied to the Irish Catholic world and he didn’t want to be known as a champion of what he called sex literature.”

Instead of making a full-throated defense of Joyce’s prose and artistry, he gave unconvincing arguments. He attributed the work to Joyce’s failing eyesight; he argued that he carried his experimenting too far.

“These were all terrible and cynical things to say. They dodged the real issue,” says Hassett. “He never forced the court to confront the serious issues that Ulysses presented.

“So I think the real Irish hero here is John Butler Yeats. He said it had the greatest intensity of any writing of our time, and he pinpointed what was significant about it too. It’s not what the eye sees or what the ear hears, but what the mind reflects.”

The legacy of the trial is that Ulysses has sanctioned and encouraged experimentation in literature worldwide, and has therefore opened up tremendous new opportunities for new writers.

“Under the old law, any book that excited sexual desire was classified obscene. The exception to that were the classics, which was fine if you were centuries dead,” Hassett says.

“So Joyce’s work recognized that it was a mistake for the law to try to regulate experimentation in literature. We owe him that debt.”