"Danny Boy," one of the most depressing songs in existence, was readily banned from Foley's Pub in Midtown Manhattan to save its customers from drunken renditions on St Patrick's Day. 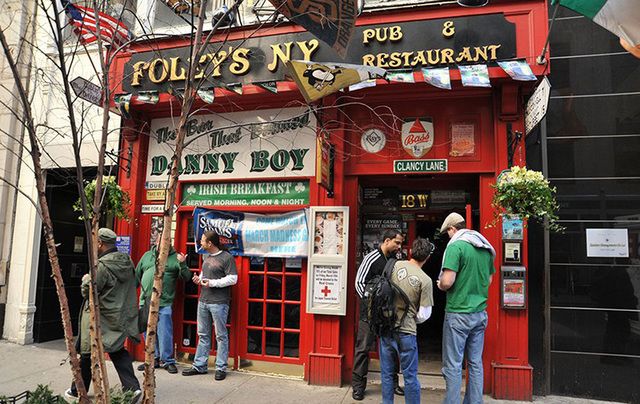 Foley’s New York Bar and Restaurant, in midtown Manhattan, where they hate Danny Boy, one of the most popular Irish songs in the world. http://www.foleysny.com/

There's nothing quite like the chutzpah of the Irish! This story about Foley's Bar in Manhattan and its ban on "Danny Boy" will make you laugh.

Foley’s New York Bar and Restaurant banned the singing of the famed Irish ballad “Danny Boy” back in 2008 for various reasons.

They included the fact that the Irish tune ranks among the 25 most depressing songs of all time and, I think we can all agree, is overplayed at the expense of other great Irish songs. Not to mention that its lyrics were written by a man who never set foot on Irish soil! All that combined and it's a wonder that any of us are still singing "Danny Boy" at all.

However, a visit from a Northern Irish businessman in early 2010 had the owner of Foley’s, Shaun Clancy, rethinking his decision.

The first arrival of Danny Boy Whiskey to the United States was welcomed with open arms in the NYC Irish bar that once banned the song.

Peter Lavery, the proprietor of the Danny Boy Company, traveled with the first box of his premium Irish whiskey to New York. Lavery, once a bus driver in Belfast, won $16 million in the lottery in 1996 and has since used his good fortune to become a leading businessman in Northern Ireland. He also contributes to community development projects.

“When I heard that Foley’s had banned the song from the bar I thought I’d come down and have a drink,” laughed Lavery. Luckily for Lavery, Clancy was in the bar that day.

“I brass necked it,” joked Lavery. “I came for a drink and asked for Shaun. He was just back from Florida and he was in town. I gave him my card and he started to laugh. I knew then I was on a winner.”

The pair hit it off, and after a few jokes back and forth Clancy agreed to allow Danny Boy back in his bar.