Why 'Danny Boy' should be banned on St. Patrick's Day 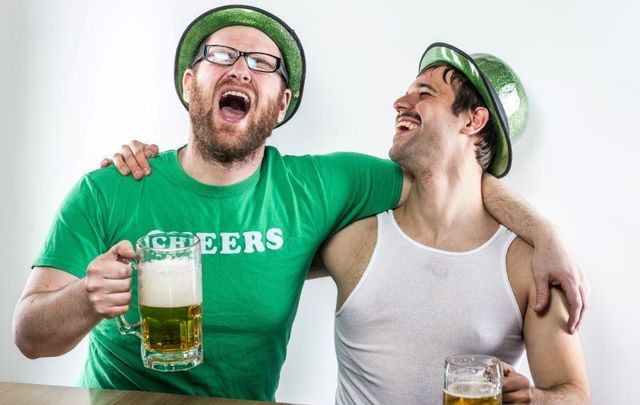 'Danny Boy' is overplayed and abused by Plastic Paddy's and should be banned on St. Patrick's Day.

If only Foley's Bar had kept their "Danny Boy" ban in place - the only Irish bar in the world where we were safe from hearing it sung by drunks.

Foley's Bar in Manhattan won worldwide headlines in 2008 when they banned the song, calling it too maudlin. The reintroduction came in 2010 when a new whiskey called 'Danny Boy' was launched at the venue on Manhattan's West Side. I'm sure it was an occasion of sin for every "Danny Boy" warbler between here and Muttontown Long Island to give it a good wail.

It's not that I don't like 'Danny Boy.' In the hands of the late Frank Patterson, it was a beautiful moving air, a fabulous love song between a father and a son which could bring tears to the eyes.

It is just there is no song on earth that can be sung as badly as "Danny Boy." Like the 'Star-Spangled Banner,' it has high notes that invite the kind of screeching that usually occurs only when your brakes fail at high speed.

The other problem is that other drunks invariably join in at that high point, making it like a male cats convention at the moment the only female in town is introduced and the brawl begins.

Even if you shut your ears to that, there is worse to come – the dreaded 'Erin go Bawl' moment when the singer breaks down and begins blubbering like a two-year-old with a wet diaper. The other drunks immediately find their emotions getting the worst of them and a sea of tears ensue. However, no one stops singing and the effect is like a coyote convention on full moon night.

Also to be avoided at all costs is the "designated Danny Boy singer." Every group has one, the person who after the required magic potions is asked to step up to the plate. After much protesting and throat clearing, he manfully launches into the task. Woe betides anyone who asks for a drink or lets a cell phone go off while Caruso is killing his number. Fights are known to break out when the Great One is interrupted.

The moral of the story is to approach "Danny Boy" with care, either as a singer or as a listener. Avoid if at all possible if in the company of good cheer on St. Patrick's Day.

Even The Muppets, though their rendition of the song is hilarious, prove the song should sometimes come with a health warning!

How do you feel about the song 'Danny Boy' on St. Patrick's Day? Let us know in the comments!