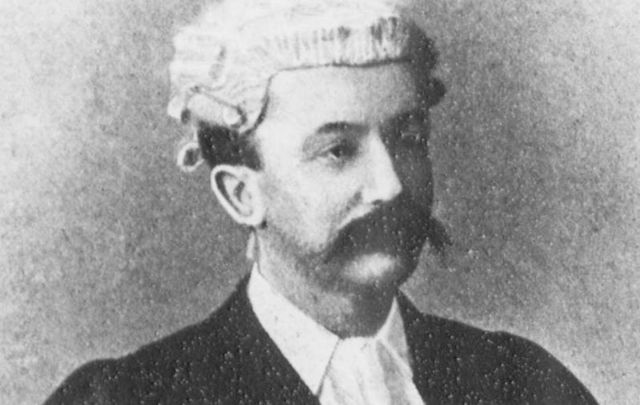 "Danny Boy," love it or hate it, holds its position firmly as one of the most popular and recognizable Irish songs of all time. See the mystery behind it unraveled by Irish American author Malachy McCourt.

Many Irish people have a love/hate relationship with the popular song "Danny Boy." The opening lyrics are sure to draw a few voices of dissent from the crowd if a singer takes it upon themselves to belt out one of the most overplayed songs in the history of overplayed songs and yet, the same dissenters will willingly join in if the mood strikes and they're feeling particularly homesick.

Few people are aware, however, of the true origins of Ireland's infamous and unofficial national anthem, such as the fact that it's not even a completely Irish song.

In 2001, the Irish American actor and writer Malachy McCourt took it upon himself to unravel the mystery of perhaps the most popular Irish song ever in his book "Danny Boy: The Legend of the Beloved Irish Ballad."

Who is Danny? Why are the pipes calling? And why did Catholic dioceses ban the beloved ballad's use during funerals?

It has since become a generally accepted (although still potentially blasphemous) fact that the lyrics of "Danny Boy" are in no way related to Ireland.

Not only are the famed lyrics not Irish but they were not even written by an Irishman, and no matter how vehemently the Irish claim authorship of the song, the fact remains that "Danny Boy" was written by, of all people, a British lawyer, McCourt writes.

According to McCourt, the musical story of "Danny Boy" has its roots way back in the terrible 1690 siege of Derry in Northern Ireland, and its colorful cast of characters includes Charles Dickens' son and a Jack the Ripper suspect.

In his quest to unravel the mystery, McCourt enlisted poet Seamus Heaney, actress Roma Downey, and even his Pulitzer Prize-winning brother Frank, to explain the enduring appeal of "Danny Boy."

McCourt distorts everything we previously believed of our beloved song revealing that "Danny Boy" is not even a completely original song but a version among the 100s of different lyrics set to the tune of the "Derry Air."

And I shall sleep in peace until you come to me

To add insult to injury, the lyrics weren't even originally used with the "Derry Air" having been written by Weatherly for another tune in 1910. In 1913, Weatherly's sister sent him the tune of "Derry Air;" he adapted the lyrics to the tune and it was an instant success.

Weatherly gave the song to the English opera singer Elsie Griffin, who introduced the song to a wider audience. The first recording was made in 1915 by the German vocalist Ernestine Schumann-Heink.

There are many theories behind the lyrics of "Danny Boy" with everybody making their own of the song's true meaning. Some popular theories include a parent wishing their son to return to them before they die, a parent sending a message to a son at war or immigrating, and one theory even believes the words are those of a desolate gay lover.

No matter the origins or the meaning, "Danny Boy" has still become the song of the Irish, with Irish people worldwide identifying with its words and associating it with our country's struggle for independence.

You can watch Celtic Woman perform a rendition of "Danny Boy" here: