Cork girl Emma Sophia Ryan's 2021 version of "Danny Boy" was dedicated to “everyone with Irish blood in their veins.” 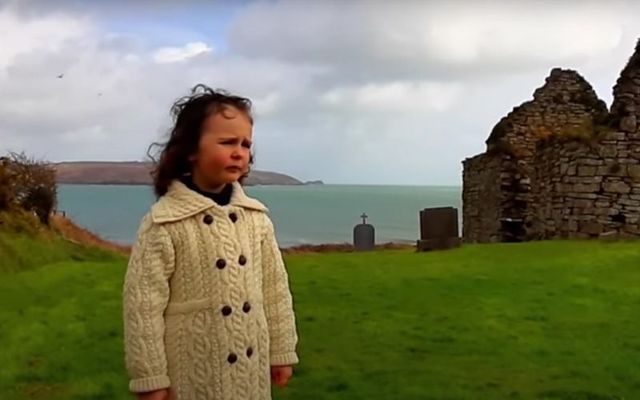 A video of an adorable four-year-old Irish girl from Kinsale singing the iconic Irish song “Danny Boy” ahead of St. Patrick's Day back receives over 3.6 million views.

Emma Sophia Ryan performed the song against a backdrop of stunning Irish scenery. The footage was filmed in Nohoval Cove and at the Old Head of Kinsale.

Her mum Mary, a professional musician, played the piano and violin music featured on the video, the Irish Mirror reported.

The video was published on the young singer's Facebook page and dedicated to “everyone with Irish blood in their veins.”

The post reads: "Danny Boy as you've never heard it before, performed by rising star, Emma Sophia from Kinsale, Ireland.

"Dedicated to everyone with Irish blood in their veins, this is both an emotional and a spiritual experience.

"The video is set overlooking the Atlantic Ocean and the first part features the stunning scenery of Nohoval Cove and the world-famous Old Head of Kinsale.

"The second part was shot in the unbelievably atmospheric setting of a 6th Century church and graveyard situated on top of a cliff overlooking the outer reaches of Kinsale at the start of the Wild Atlantic Way."

The Facebook post has over 8.1k comments, with social media users from around the world praising the girl for her "enchanting" voice.

Another said the young girl is a "star in the making."

Check out more from Emma Sophia at emmasophia.hearnow.com. Emma Sophia's Facebook page can be found here.