Halloween ghost stories don't come much better than the tragic tale of the White Lady of Kinsale, Co. Cork, one of Ireland's most famous ghosts. 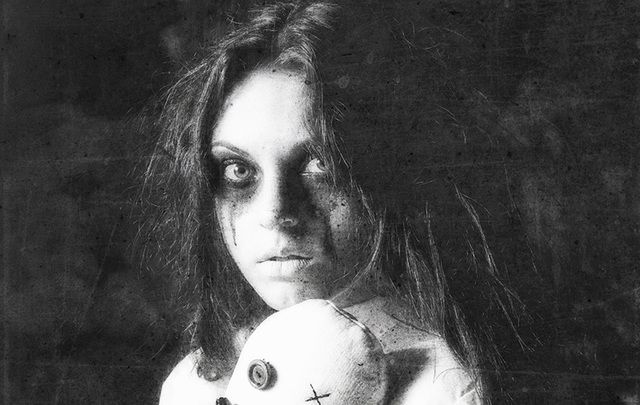 The White Lady, the ghost of a grieving new bride, is said to be seen haunting the grounds of the ruins of Charlesfort, in Kinsale, County Cork. iStock

Top Irish ghost stories told around the Halloween campfire this year must include The White Lady ghost.

The tragic suicide of a mourning bride has left a sad and sometimes unfriendly specter at Charlesfort, in Cork, one of Ireland's most famous ghosts: The White Lady of Kinsale.

According to legend and famous Irish ghost story goes, one of the fort’s soldiers married a local girl and they stayed at the fort for their wedding night. The soldier had watch duty that night and a bit drunk from the day’s celebrations fell asleep.

Other soldiers in the fort found him asleep while on duty and following the protocol of the day, shot him at his post. After hearing about her husband’s death, the bride flung herself to her death from one of the fort’s walls.

Decades after the tragedy, The White Lady was seen wandering through Charlesfort by soldiers and their families, especially children. Two sergeants were packing up some equipment when one man’s daughter asked who the White Lady smiling at her was. Both men saw nothing, but the girl was adamant that a woman in a white dress had been looking at her. In another story, a nurse saw The White Lady standing over the bed of a sleeping child.

Not all of her interactions with the living are friendly. Even into the first half of the 12th century, several captains recounted stories of being pushed down a flight of stairs by an unseen force.

The White Lady roams the streets of her native Kinsale

Charlesfort, or Dún Chathail in the Irish language, was built between 1677 and 1682 during the reign of Charles II as a fortress to defend against attacks from enemies approaching via the sea. William Robinson, who designed the Royal Hospital in Kilmainham in Dublin, is credited with the design of the fort.

Charlesfort was in military use until 1922. It is now in ruins, but the bride can still be seen wandering the fort’s walls in her white wedding dress. The White Lady, as the locals call her, has also been seen wandering the streets of Kinsale where she lived.

Charlesfort was declared an Irish National Monument in 1973 for its part in Irish history and there are now regular guided tours. The fort played a part in several conflicts including the Williamite War between 1689 and 1691.

In 1689, James II sought to reclaim the English throne from William of Orange and he came to Kinsale with French soldiers. James II was later defeated by William.

Charlesfort had suffered much damage through its years of service and restoration began after it was declared an Irish National Monument. Some of the original construction from the 17th century can still be seen today.

What's your favorite Irish ghost story or spookiest Irish ghost? Let us know in the comments section, below.