Should Catholics turn their back on “evil” Halloween for “Holyween”?

The Catholic Church sees “more evil rituals, animal sacrifices, desecration of cemeteries and thefts of sacred bones" around the ancient holiday of Samhain. 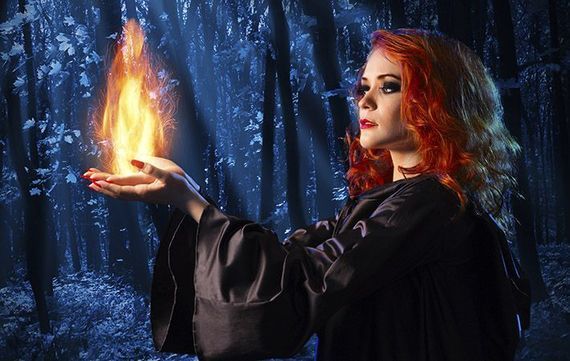 Is Halloween nothing more than a gateway to the devil and the occult? The International Association of Exorcists, back in 2014, said that it wants to put a stop to the celebration.

In 2014, the Vatican's first-ever official conference of exorcists slammed “evil” Halloween and its occult associations and asked that it be scrapped in favor of “Holyween” where children take part in prayer vigils and dress up as saints.

Some years later, it seems that it didn't take off.

Halloween’s origins date back to the pre-Christian Celtic festival of Samhain, also known as All Hallow’s Eve, or the Day of the Dead. The Celts divided their calendar into four seasons and Halloween marked the midway point between the Fall Equinox and the Winter Solstice – a scary time of year!

While most people now associate Halloween with trick-or-treating and dressing up, the Catholic Church has previously taken issue with the holiday's association with the occult.

In 2014, the International Association of Exorcists, which was officially recognized by the Vatican, said that they wanted to see Halloween banned due to a spike in occult activity around the holiday.

Speaking in Rome in October 2014, Father Aldo Buonaiuto said the association's emergency number receives around 40 calls a day around October 31. The most common are calls from parents who are concerned that their child has become involved in the supernatural.

Buonaiuto said, “Many say Halloween is a simple carnival, but in fact, there is nothing innocent or fun about it – it is the antechamber to something much more dangerous.”

"There are always more evil rituals, animal sacrifices, desecrations of cemeteries and thefts of sacred bones at the time of the 31 October," he said, adding, “For the sects it is the best time of year to recruit new members. From here the door to the devil can be opened. For this reason, it's necessary for us to speak out and not play down the danger.”

To try and counteract this, the Catholic Church in Italy launched “Holyween," an anti-Halloween celebration which includes masses, prayer vigils, the celebration of the saints, and the triumph of good over evil.

Buonaiuto added, ““While most people are steeped in zombies and horror we put on our door or windows a light or an image evocative of the saints. And then there will be Masses, prayer vigils and worship to celebrate the saints and victory of good over evil.”

Pope Francis told the conference of exorcists they must treat those possessed with "kindness."

In a note to the gathering, he wrote, “Those who perform this particular ministry, in conjunction with the bishops”, must work “with love and kindness from the Church towards those who suffer because of the Evil One."

Pope Francis speaks about the works of the Devil more than his predecessors did and in 2014, there were rumors that the new Pope carried out an exorcism in St. Peter’s Square. However, many dismissed this saying that he was simply bestowing a blessing on a sick man.

Pope Francis isn’t the only pope in recent times to try to put a dampener on Halloween fun. In 2009, Pope Benedict also spoke out against the fall celebrations calling them anti-Christian and dangerous.

Even back then, Bonaiuto, who was then the head of the Catholic Church's anti-occult and sect unit, warned parents that Halloween “promotes the culture of death.”

He said, “Halloween pushes new generations towards a mentality of esoteric magic and it attacks sacred and spiritual values through a devious initiation to the art and images of the occult. At best, it gives a big helping hand to consumerism and materialism.”

Should Catholics turn their back on Halloween celebrations?