On This Day: Actress, producer and director Roma Downey was born in Derry

When you get your own star on Hollywood Boulevard, it's a sign that you're more than just successful. Your name has become iconic. You're a walking brand... This is Roma Downey. 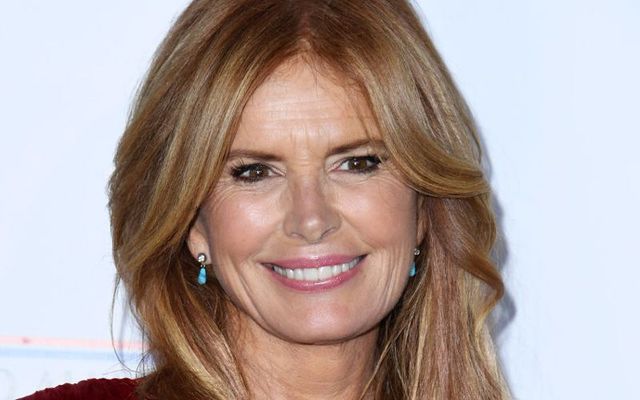 When you get your own star on Hollywood Boulevard, it's a sign that you're more than just successful. Your name has become iconic. You're a walking brand... This is Roma Downey.

Roma Downey received the ultimate celebrity endorsement in August 2016, her own star on Hollywood Boulevard. Alongside being a celebrated actress, in recent years she's become a successful co-producer (with her husband Mark Burnett) of feature films, with Ben-Hur being the talented couple's latest offering. She talks to Cahir O'Doherty about fame, fortune, and the Derry background that keeps her feet on the ground through all the ups and downs.

In August 2016 the talented Co. Derry-born actress and producer Roma Downey made that transition and hit the headlines after she was awarded the ultimate Hollywood accolade.

But never one to rest on her laurels, Downey's latest $100 million co-production (with her husband Mark Burnett) is Ben-Hur, a modern re-telling of the classic 19th century bestselling tale of passion and betrayal set during the life of Jesus (and that refers closely to his teachings).

Downey, 59, takes it all in her stride. “What a time!” she tells the Irish Voice. “I got my star... (but she says “me” the northern way) and it was brilliant. In the middle of the speech, I said ‘Up Derry!’ Then I looked around at this sea of Hollywood studio executives and all the wonderful support that I had and they were looking around and asking, ‘What did she just say?’”

Downey knew there was going to be a live streaming element on the day of the star's unveiling, with technology delivering the moment as it was happening right into the living rooms and the kitchens and the hearts of people all over the world.

“I had everyone keyed up and tipped off in Derry and Donegal and other places in the world where I have family and friends,” she explains. “I knew they were all gathered waiting, so how could I not give them a shoutout?”

It was a bittersweet moment, however. “We had just lost one of our own beloved citizens when Bishop Edward Daly had died. He had been laid out in the St. Eugene's Cathedral, which is my home parish. Thousands and thousands of people had gone in to pay respects to him over the last few days and the funeral was actually the same,” she says.

“I thought gosh what a strange coincidence that he was being buried the same day I got my star. Maybe it was able to lift some spirits a little bit.”

Downey remembers Bishop Daly, a legendary Derry man, well. “He used to run the feis and all the shows up in St. Columb's Hall when I was a little girl. I'd see him every time I'd go back to Derry.

“In fact, I was back in Derry in April when I got the Irish Film and Television Award in Dublin. I headed up and had a big do at the city hotel with about 70 family and friends and girls I went to school with - and former teachers – from Thornhill. The Humes (John and his wife Pat) and Bishop Daly had attended.”

With the world in the shape, it's in, Downey thinks the central themes of Ben-Hur are needed now more than ever.

“The book and film already have a storied history. In 1880 Ben Wallace wrote the book, later in 1925 it became a silent movie, then a Broadway show, and then the 1959 beloved classic with Charlton Heston. Now 56 years later we have our retelling of this great story,” she says.

Two big Hollywood studios, MGM and Paramount Pictures brought Downey and Burnett together with the Russian visionary director Timur Bekmambetov and John Ridley, who won the Oscar for Twelve Years a Slave, so the very best of the best was pulled in.

“It was hard to fill the sandals of Charlton Heston but we got Jack Huston, who comes from the famed dynasty family, his grandfather John (the actor and director), and his aunt Anjelica. They have a lot of Irish connections this family, and it's really turned out beautiful.”

Downey's production company is called LightWorkers Media, a faith and family enterprise that produced, among others, the wildly popular Emmy nominated series The Bible on the History Channel. It's part of her lifelong commitment to shine some light in the darkness.

“Let's face it, the world that we're living in feels incredibly dark at times,” she says. “More recently it feels scary. There's a lot of fear, there’s a lot of uncertainty. As best we can as filmmakers and producers we want to bring content to illuminate the darkness. But while Ben-Hur isn't a preachy movie, and I don't even think you could classify it as a faith movie, it is an action movie and a major drama.”

She's not kidding. Director Bekmambetov puts cameras everywhere -- in the wheels of the chariots, the armor of the riders, even between the ears of the horses – all of the cutting points to build the scene and ensure it has you on the edge of your chair from the moment the horses come out of the starting gates.

But unfortunately, audiences stayed away last weekend and Ben-Hur was saddled with a bomb of the summer banner, taking in an anemic – some would go so far as to say disastrous – $11 million opening weekend.

But Downey can take it on the chin because she's in it for more than just the fame and fortune.

“I remember sitting in Beechwood Avenue on the couch in Derry in the middle sixties, I was just a small child, watching Ben-Hur with my family never thinking one day I would be part of the husband and wife producing team to bring it back to the screen for a whole new generation.”

Now she and Burnett, the producer of hugely successful reality shows like Survivor and The Voice, are dreaming together.

“I got my star next to my husband's and I told him if there was anyone I was going to lie down on Hollywood Boulevard with, it's him,” she says.

“It's lovely that they sat us up next to each other. My kids were there and Della Reese came out and Pastor Rick Warren, who has become a very close friend, spoke. It was just a great day of celebration and we couldn't have had more fun.”

Reese and Downey starred together in Touched by an Angel, the 1900s series that made Downey’s name in the U.S.

“I was so pleased to have her there. She spoke very lovingly and it was very moving to have her participate. She has been like a mother to me (Downey's mother died when she was 10) and a grandmother to my children,” Downey says.

How does she do it? Work as an actress, a Hollywood producer, and a mother all at once? “Truthfully I've been primarily focused on producing and I'm loving it, I have to tell you. I have such passion for what I do. It adds to my life,” she says.

“When you don't enjoy your work it feels like work. But if you feel passionate about what you do it enriches your life. I'm a woman in my middle fifths, and to have a new second chapter like this is very exciting, to get to realize another dream.

“I have three kids, three big dogs, a husband, a home. I try to keep on top of it all. As any working mother will tell you, it’s complicated. I used to be the queen of the carpool and I'm grateful I had that time to really raise them, and now to come back at a time when their need of me is less and I can really get to enjoy what I'm doing is great.”