It is the most played song in Irish history – and maybe American too – but from a cast of thousands of singers and players we have picked the best and worst versions of “Danny Boy.” 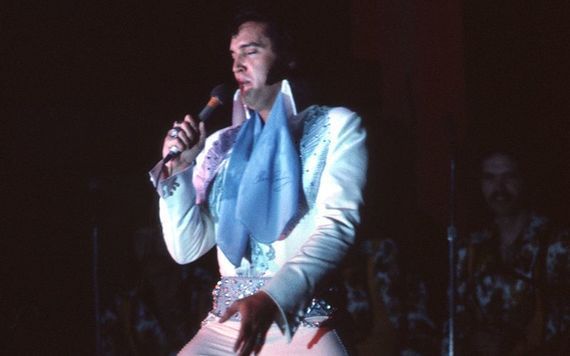 Elvis Presley's version of Danny Boy is one of the most popular renditions of the famous song. Getty

"Danny Boy" is a classic St Patrick's Day Irish song but there are great versions you should turn up loud and a whole ton of awful performances you should listen to with caution.

It is the most played song in Irish history – and maybe American too – but from a cast of thousands of singers and players we have picked the best and worst versions of “Danny Boy.”

It always should be a classic Irish song to be careful with, especially on Paddy's Day. One Irish pub in New York even went so far as to ban the song such was its disdain for the pure awful, drunken versions that come floating around on March 17.

Here are the "Danny Boy" renditions we'd give an A+ and those we would flunk. Enjoy!

The best versions of "Danny Boy:"

Eric Clapton - This acoustic version is haunting and beautiful.

Elvis Presley on his seventh take got it just right.

The worst versions of "Danny Boy:"

Roy Orbison - Oh dear, it sounds like the chipmunks got into this guitar.

Tom Jones - It sounds like someone strangling the cat.

This Michelob advertisement in 2003 had us scratching our heads

Cher. Goes on forever and we bet you can’t sit through it.

The Muppets: You’ll get a laugh at least!

What is your favorite or least favorite version of Danny Boy? Let us know in the comments section.