As the viral #BottleCapChallenge spreads around the Internet, the Irish are getting in on the fun! 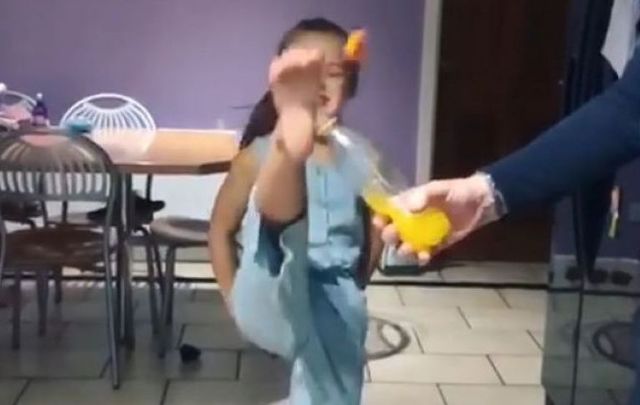 The #BottleCapChallenge gets the Irish treatment via hurling, whiskey, and some Irish dancing

The #BottleCapChallenge is the latest trend to sweep the Internet so it's no surprise that it's finally gotten the Irish treatment.

What is the Bottle Cap Challenge?

Using a roundhouse kick to knock the top off of a bottle, Taekwondo fighter and instructor Farabi Daveltchin created the latest viral trend on June 25.

In his Instagram post, Davletchin challenged action movie stars Jason Statham and Jackie Chan, as well as Irish UFC star Conor McGregor, to reply with their own videos.

On July 1, Conor McGregor happily obliged to the challenge, and made sure to feature his Irish whiskey brand Proper Twelve in his video!

Excellent job Jason Statham, I tip my cap to you.
I’ll take it from here.
I nominate Floyd Mayweather. @properwhiskey pic.twitter.com/9IrFUXyehx

Here are a few of our other favorite Irish #BottleCapChallenge videos:

Irish man Jim Sheridan posted a video of him "flying the flag for the Irish:"

The Irish House, a chain of Irish pubs and restaurants, didn't use any old bottle for their challenge - they knocked the top off of a bottle of Jameson:

Irish dancer Mia Duddy got in on the fun with this impressive high kick:

Sean Sheehan, host of the 'Severe MMA' podcast, got a hurley and sliotar involved:

And Tadhg Fleming, who went viral for his 'bat dad' video, got his whole family and a cuppa Barry's involved:

Have you tried the #BottleCapChallenge? Send us your video to Submit@IrishCentral.com!