The video of a Kerry father and son trying to catch a bat that flew into their home grabbed the attention of the late-night show host. 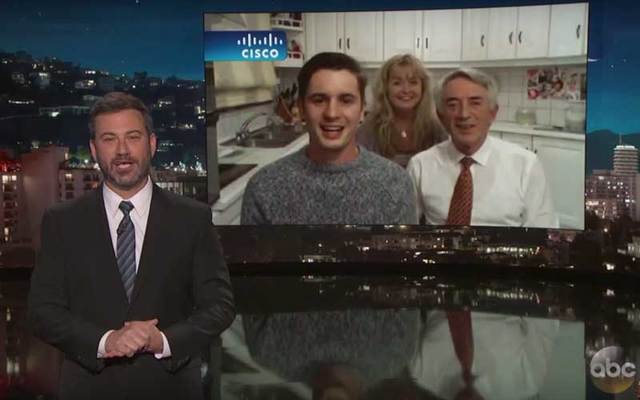 The Fleming family tell Jimmy Kimmel about their viral video showing the Irish family trying to catch a bat that flew into their home. YouTube/Jimmy Kimmel Live

The viral video of a Kerry father and son trying to catch a bat that flew into their home grabbed the attention of late-night host Jimmy Kimmel, who interviewed the Irish family.

Kimmel seemed deeply impressed with the antics of the family, especially on learning they have become local celebrities in Ireland.

He said he had watched the viral video 11 times or so.

Son Tadgh described how they eventually caught the bat, his dad Derry Fleming did an Irish jig for the US audience while the woman of the house, wife Maureen, clutched the family dog, Basil, who had peed on the floor during the event. 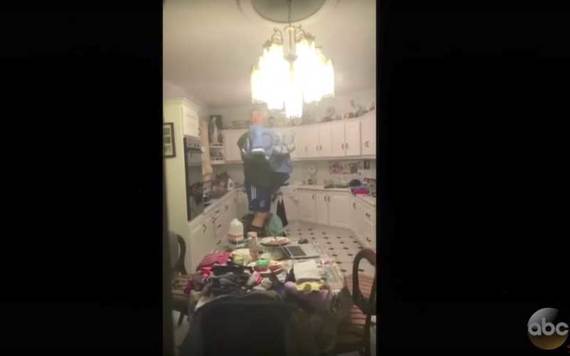 The side-splitting video went viral as decked out in a pair of shorts and some knee-high socks, “Batdad,” as his son calls him, makes some haphazard leaps into the air with a small towel in an attempt to reach the bat and to stop the poor creature from manically flying around the house, while his son and wife watch on from a safe distance. He slowly opens up the towel as the attempts to capture the small scared bat appear to be coming more futile.

Read More: Celebrating 10 years of YouTube with the most viewed Irish videos

Even taking to a kitchen chair, it all gets too much for the poor dog who loses control of his bladder amidst all the hollering and shrieking, much to the amusement of the son capturing the video who is still barking words of criticism mixed with encouragement to his brave dad.

“You’re tiring him out,” the man proclaims. “He’s like McGregor, he’s got no legs left.”

The man behind the video eventually re-emerges once more only to bring the roof down screaming when he believes the bat lands on him.

The moment the bat is eventually captured is not shown (although it is promised that it was not harmed in the incident), and the father can be seen dusting off his hands delighted with himself after letting it fly from the towel out the back door.

We’d like to think we’d be a little bit braver in this situation but even the thought of the bat flying towards through the computer screen is making us want to run for cover. Fair play, Batdad!