Pageantry, expenses, and corruption: more than 96 percent of respondents feel the world of competitive Irish dancing is in need of reform. 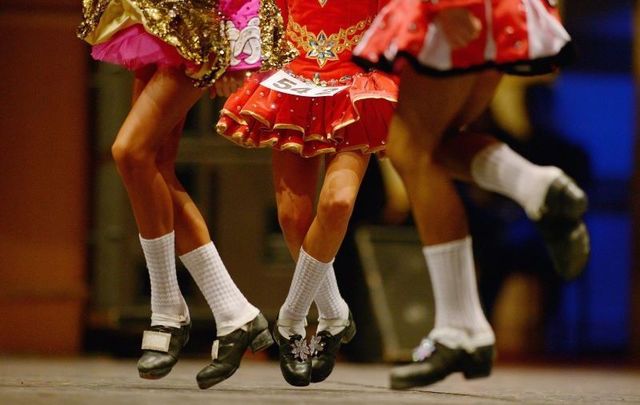 Competitive Irish dancing is in need of reform, according to a staggering 96 percent of respondents in our recent IC Poll that saw more than 400 people share their opinions.

As the largest and oldest competitive Irish dancing group in the world, most of the responses were directed toward An Coimisiún le Rincí Gaelacha [CLRG].

Last month, IrishCentral was the first to report about the formal complaint lodged by TCRGs [certified Irish dance teachers within CLRG] regarding CLRG's management of the upcoming 2020 World Irish Dancing Championships.

Here's a brief selection from the hundreds of responses we received from our latest poll:

By and large, many of the respondents took issue with the “pageantry” of competitive Irish dancers with fake tan, wigs, excessive makeup, and “garish” costumes that cost thousands of dollars.

One person likened the practice of tanning to “blackface.”

Another took issue with the evolved style of Irish dancing: “It has become more about being athletic and less about the art of dancing.”

One dance parent recommended reserving the “bling” for competitors at higher levels: “My daughter is 24 and in (US) Open. At that level, I understand the need for expensive dress, wig, bling, and all the other items for stage presence. But I see that level of expense now being expected of younger kids in the more beginner levels (novice, prelim). Novice dancers buying $1k dresses is ridiculous. The teachers have the power to stop this Trend. There should be a hard and fast rule that at least Novice dancers don’t have blinged costumes. Irish dancing is becoming an elitist sport in the US. If you don’t have the $$ to keep up with it you get left behind.”

For reference, CLRG's policies regarding costumes and makeup, last updated in 2015, are available to read here.

Many people took issue with the politics that lurk in the background of Irish dance competitions.

One person said: “It is a ‘clique’ and always has been; if you're not part of it you don’t win. You use their endorsements, dressmakers, etc and ‘outside’ providers are not good enough."

Another wrote: “Too many back-room deals. Judging is often known to be fixed.”

Another said: “Corruption in judging and sexual abuse allegations are not being dealt with appropriately or at all in some cases, young teachers afraid of organization in case their school and dancers are penalized when at competitions”

And another wrote: "Way too much favoritism, opportunities for cheating, and subjectivity, the latter of which is simply an excuse for judges to do whatever the hell they please ... Judges know who to give their placements to before the competition even starts. Kids who don’t even turn their feet out get high marks because they look all pretty and done up and the teachers hover over the judges while the kid who does her own hair and makeup and whose turn out is actually good because she’s been working on it for three years are ignored. ... The 6-month ban is a joke - it’s just punishment for kids and protection for teachers, pure and simple. Ignores the fact that a kid may take a while finding a right “fit” with a school. Some teachers are great for certain kids and not for others. It’s not necessarily a reflection on a teacher’s abilities, but I find that many are incredibly narcissistic and self-centered, and can’t face the fact that they may not be the right teacher for every kid. A kid should be allowed to move freely among schools without a ban."

For reference, CLRG's Code of Conduct, last updated in 2016, is available here.

What else do you expect?

One person said that, like so many other sports that generate elite levels of competition, Irish dancing cannot expect to escape the reality of costs: "Hell, make it more expensive. Sport, played well and to its best, can be costly in any regard - especially with travel involved. Does football get exclusive hotel rates?!! I don’t think so. How do you regulate that?!! They have you all barking up the wrong tree. Other dance competitions around the world can be upwards of €300 to enter a competition, while Irish dance competition fees are modest. Dublin is hosting, and it is expensive to accommodate that many people in town unless you can repair the hotel bidding systems. For anyone in the know, Irish dance is a volunteer-run organization (thus the low entry fees) but that also means it is controlled by a slow bureaucracy of committed folks willing to put the time in. They are well-meaning but cannot manage the levels of corruption within the adjudication. Favors to friends and drinking pals. Who has the nicest and newest dress, coded by the teacher or dressmaker to indicate a favorite. Fix that. Ban dresses from all but the high-level, major competitions. There is your cost-saving measure - not commercial hotel costs. That is a red-herring.”

Another said that while the evolution of the dance form is natural, the costs should be tapered down: “While Irish dance as a competitive sport has evolved and will continue to evolve, just as any other sport, dancers can compete at that high level without all the expense of the costumes. The dresses costing thousands of dollars and weighing several pounds due to hundreds of crystals, wigs, warm-up suits, makeup, etc is all out of control.”

One person said: “The dance still has the traditional steps and foundational roots. The costumes are a part of the evolution that in my opinion, came from Riverdance/Lord of the Dance. It may be more expensive, but it's more interesting and exciting”

The wellbeing of Irish dancers

One person said they want to see more done in regard to the mental and physical health of Irish dancers, who are typically children and teens: "Of course the expenses of Irish dance is a problem but I believe that the health of Irish dancers today is a major problem. ... Dancers should feel safe in dance class and parents should feel safe sending their kids there...The injury rates of dancers is a sign that something is being done wrong. Unfortunately, unlike other sports out teachers are not very well diverse in their knowledge about atheists. We need to educate our TCRGs on how to take care of their dancers both mentally and psychically. Athletes can not be expected to run like machines for years on end. Suppressing emotion and physical pain will eventually start to hold these dancers back."

CLRG has published its Child Protection Policy here, which was last updated in September 2017.

A few respondents pointed out, however, that CLRG is not the only option for Irish dancers who want to compete: “There is already reform happening in the Irish Dance competitive world by dance groups choosing to join and compete with open platform organizations. There are other options for teachers who do not want to be a part of the CLRG community - look them up: Rince Tuatha Nua, World Irish Dance Association, Cumann Rince Dea Mheasa, and Cumann Rince Náisiúnta to name a few.”

Similarly, another said: “There IS reform happening- CLRG is the oldest and biggest— but not the ONLY Irish dance org! You should reach out to see other perspectives- such as the organization my school is proudly registered with “RTN” -Rince Tuatha Nua —which is even named for the new perspective and take on an Irish dance organization and competition."

Are you surprised by any of these responses? Let us know in the comments