Irish dance teachers within CLRG have issued a formal complaint regarding the pricing of hotel rooms for the 2020 World Irish Dancing Championships. 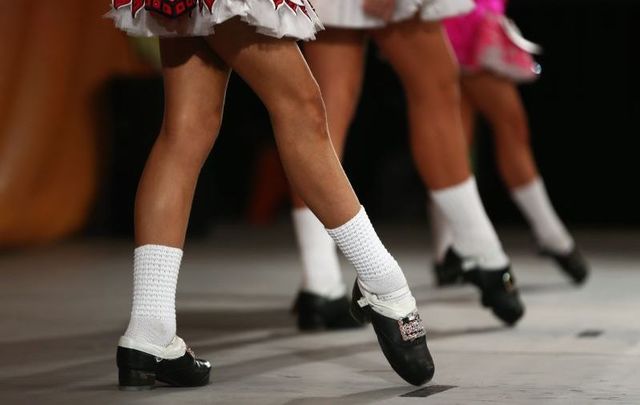 TCRGs have issued a formal complaint regarding the pricing of hotel rooms for the 2020 World Irish Dancing Championships. Getty Images

Irish dance teachers within An Coimisiún Le Rincí Gaelacha [The Irish Dancing Commission, “CLRG”] have lodged a formal complaint with the Irish Competition Authority [ICA] about the apparent inflation of hotel rates in the designated hotel block for the 2020 World Irish Dancing Championships in Dublin.

The World Irish Dancing Championships, the highest level of competition within CLRG, will celebrate its 50th anniversary from April 4 - 12, 2020, at the Convention Center in Dublin. On average, about 6,000 Irish dance competitors and some 18,000 spectators attend the event, generating what insiders estimate to be in excess of €10 million for the host city, though figures will likely be higher in 2020 given that it's an anniversary year.

One Teagascóir Choimisiúin le Rinci Gaelacha [a certified Irish dance teacher within CLRG, “TCRG”] who wishes to remain anonymous, reached out to IrishCentral regarding the apparent price gouging of hotel rooms for the event, what they described to be an “extremely upsetting situation."

On September 16, the CLRG-designated block of 34 locations, ranging from student accommodations to 4-star hotels, to be used for the World Championships officially opened online to teachers within the organization. (Booking becomes available to the general public on September 23.)

In the past, CLRG has worked with event management groups to secure hotel blocks that typically offered a lower rate for those booking within the block. However, that does not appear to be the case for the 2020 Worlds.

One TCRG has provided the below documentation that proves the CLRG-designated hotel block has higher rates than what was available on Hotels.com on September 16, the day that the booking system became open for teachers:

Read More: What to look out for at the 2019 CLRG World Irish Dancing Championships

Further complicating the matter is the issue of “facility fees.” Everyone attending the World Championships will be subject to a daily door entry fee, as outlined in CLRG'S official 2020 syllabus, but people not staying within the (apparently price-inflated) hotel block will be subject to an additional “facility fee” of €50 per person per day (€25 for children and seniors).

However, attendees who can prove residency in Ireland or Northern Ireland, no matter where they choose to stay, will not be subject to the additional “facility fee.”

The entry and facility fees, as dictated by CLRG's 2020 syllabus (CLRG.ie)

Another TCRG explained: “CLRG are going to get a kickback of €15 for every room booked in the block. The payment of the door fee and facility fee must be paid in cash this year.”

This TCRG noted that the cash often “disappears” on “lavish rounds of champagne" and "other treats" throughout the event.

A third TCRG, who said they felt “blindsided” by the price of the hotel rooms, noted: “Last year when Worlds was in North Carolina, attendees from NC did not have to pay a facility fee - which is the excuse as to why CLRG is waiving it for Ireland.  But there are far fewer Irish dancers in NC so it did not benefit many.

“As overseas teachers, we are already spending a great deal to support our students. With having to choose between booking in the hotel block or paying the facility fee, it is becoming unaffordable for us.”

“This is our livelihood,” this TCRG added. “Our dancers put their heart and soul into getting to the world championships. We just want to support them one of the most exciting and nerve-wracking days of their lives. And if we are having this much financial difficulty as teachers, surely we will have many students who cannot afford to attend. It is unfair to deny the global community of Irish dancers their chance to take the world stage.

“As Americans, we are used to being overlooked by CLRG. We feel that we are being taken advantage of.”

Another TCRG, who explained that so many teachers requested anonymity on this matter as “retribution is often taken out on the innocent children,” said some céilí teams have already disbanded in the wake of the high hotel prices.

This TCRG feels many dancers and their families will be forced to make similar decisions, potentially affecting attendance at is what the most prestigious Irish dance competition: “This is a family activity,”  the TCRG said. “It’s cultural, it’s family- and community- based. Parents travel over with 2 - 3 children, you rarely see one child in a family dancing. They’re going to the event for the majority of the week. They’re being extorted into these overpriced hotels.

“It’s a shame. It is a monumental event that people want to be a part of; it’s the 50 year anniversary.

“It’s got to the point where it’s just people being greedy,” the TCRG lamented. “They’re up to no good.”

Worth noting is that the hotel bookings have been opened before the finalized schedule of the week's worth of competitions has been released.

A group of approximately 100 TCRGs has officially lodged a complaint with the Irish Competition Authority [ICA], Ireland’s equivalent of the FTC, which “explains how CLRG and the event management firm, Keynote, are taking egregious advantage of those traveling over to Dublin this coming Easter Week for the 2020 World Championships.”

Sources say that the ICA has acknowledged receipt of the complaint, asked for further documentation, and added that it could take up to 15 days for a response.

“I’m hoping the ICA will come in and make them stop and fine them, that’s what I’m hoping,” said one TCRG.

CLRG responds to the "attack"

On Thursday night, Francis Curley, the head of the CLRG, issued an email to members of CLRG in response to the pushback from TCRGs regarding pricing. A copy provided to IrishCentral reads:

"It has been brought to my attention that there are many issues currently being raised regarding the financial decisions and accommodation rates for Oireachtas Rince na Cruinne 2020.

"It is very disappointing that it appears that many of these issues are being raised by, added to or indeed initiated by, CLRG members. This attack on our Oireachtas Chairman and his committee must cease.

"Remember that it was the members of CLRG that voted for the 2020 Venue and the Keynote proposal in the first place. Many members seem to have forgotten the details that were presented and accepted by the membership at the vote back in 2017.  Copies of those presentations are still available should anyone need to refresh their recollection of the presentation.

"Moreover, it was stated quite clearly at the time that if Dublin was chosen, there would be a major impact on both CLRG reserves and high accommodation costs to our patrons. Such attacks on our hard-working volunteers is most unfair who are only carrying out the wishes as voted on by you as members."

Several members of CLRG were contacted via email on Friday for comment, none responded as of the time of publication.