An insider's look at judging the World Irish Dancing Championships 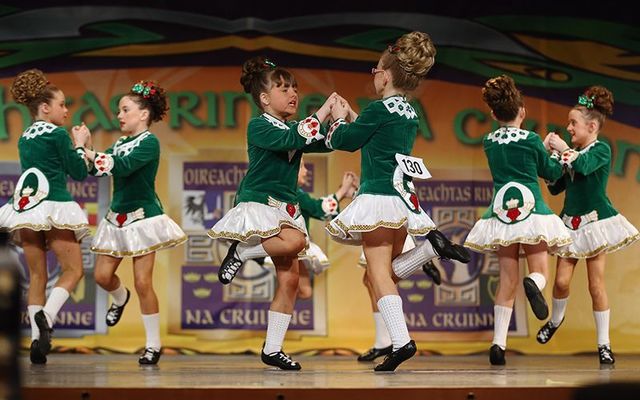 Niall O'Leary, a certified Irish dance teacher and adjudicator with CLRG, spoke about what it takes to be a top-ranked Irish dance competitor.

Niall O'Leary ADCRG, the owner of the Niall O'Leary School of Irish Dance based in New York City, adjudicated at the 2018 CLRG (Irish Dancing Commission) World Irish Dancing Championships in Glasgow, Scotland, at the end of March last year. He was one of 28 adjudicators from around the world who officiated at this prestigious event. IrishCentral caught up with him to get an insight into how he went about picking the winners.

When you sit down at the adjudicator's table, what is going through your head?

I have a very clear idea of what I am looking for. Number one, in my mind, is looking out for the number one dancer. I am looking for the first place winner. In the bubble above my head is a dancer whose ethnicity, costume, the hairstyle has not been determined but whose dancing is out of this world.

In a competition with over 200 dancers, it may seem like looking for a needle in a haystack?

Well, if we are going to go with that analogy, it is a gleaming, shiny, razor-sharp needle. Typically the winner presents themselves as such as soon as they walk out on stage and follows through with an amazing performance of skill, poise, execution, and style. They also ooze confidence all the way through to the walk-off.

What if there are two needles in the haystack?

Yes, of course, it happens at times when more than one dancer in a competition is amazing. In that case, my winner is the dancer who gives the best performance on the day, who is living the moment and who gets all their moves exactly right.

What marks out the winner?

In any competitive sport, there are fine margins of error between winners and losers. At the top end of Irish dancing competitions, the difference between first and second can be like splitting hairs but the first-place winner always has that something special that makes them stand out from the crowd—their skill set and performance is just that little bit better.

In the beginner level, they are all winners, but in any given World Championship competition, in any given year, there is only one winner, there can only be one champion.

Can an Irish dancer receive a perfect score?

Although many champions have subsequently announced that they won with a “perfect score,” this is indeed a misrepresentation of how the results are calculated. A points system is applied granting 100 points for first place from each adjudicator so that means no dancer will typically be awarded 100 marks. When points are allocated, however, the best dancer in each adjudicator's result is awarded the 100 points.

Does an adjudicator ever have a tie for first?

At a local feis, possibly, but at the Worlds, very rarely. That would almost seem like an abdication of responsibility. There is only room on the top of the podium for one dancer, and there is only one first place trophy.

What about the costumes and wigs? How are they taken into account?

It's like the dry ice just before the magician appears, “'the look” creates a sense of expectation and makes the whole occasion more of a spectacle for the audience.

In reality, the adjudicators are getting paid to judge the dancing. When the smoke clears, it is the dancing that matters.

Would an Olympic competitor dress up in a fancy outfit to impress their compatriots or to strike fear into their opponents? Maybe in ice-skating or gymnastics they would but in reality, competitors are focused on the business of competing, and likewise in Irish dance. Sometimes the real competitors don't even notice what each other are wearing and neither do some of the adjudicators. The costumes are primarily for the entertainment of the audience, although often a dancer can feel more confident in a new costume.

What would you say to parents who have spent over $3,000 on a dress for their daughter or over $800 on a vest for their son?

Frankly, the money would be better spent on extra training, renting more studio space for more practice time or maybe a nice week's vacation relaxing in the sun immediately after the championships are over. Most teachers and coaches give their top dancers one week off from training after a major championship.

How does tanning affect the situation?

It doesn't. If you decide to paint your legs a darker color, the theory is that your muscles will be more defined on stage. However, fake tan is a fashion accessory, not a necessity.

Some may joke that it was the Spanish sailors who introduced darker skin tones into Ireland. Fake tanning was first evident in Irish dancing in the late 1970s but in recent years the tones of fake tan presented by many Irish dancers have become darker than that and in some cases, a bit over-the-top.

I don't like “fake” anything actually, whether it is skin-colored material on a dress, fake hair, white tape around an ankle to make the upper of the shoe look lower or plastic trophies that look like metal. But I do NOT allow any of these issues to affect my adjudication of a dancer’s skills.

Also, I think that fake tanning and fake hair, if desired, should be done to enhance someone's natural appearance, not to radically change their look. It really is about the dancing: none of these other distractions should affect an adjudicator’s selection of the winner.

Where do you see Irish dancing in 50 years from now?

By 1998, a breakthrough had been made. Americans were starting to consistently win places on the podium and in the last 20 years, there have been multiple World Champions in all age groups from the USA.

I think that by 2068, Irish Dance will be an Olympic sport and that the major Irish dance championships around the world will be on prime-time TV. While Riverdance and the shows that followed it introduced the art form to a whole new audience and opened it up as an activity to groups who were neither Irish nor descended from the Irish, I forecast that in the next 50 years, we can look forward to seeing dancers from Africa, Asia and Mexico occupying the top podium spots at major Irish Dance events.

Read more: This 2-year-old teaching her dad to Irish dance is the cutest thing ever

What do you think the future of competitive Irish dancing looks like? Let us know in the comments!