Irish dancing, Ed Sheeran, the Donegal landscape - the most perfect Irish video ever?

World champion Irish dancers Gavin and Niamh Shevlin show off the landscape in their native Donegal with an incredible Ed Sheeran video. 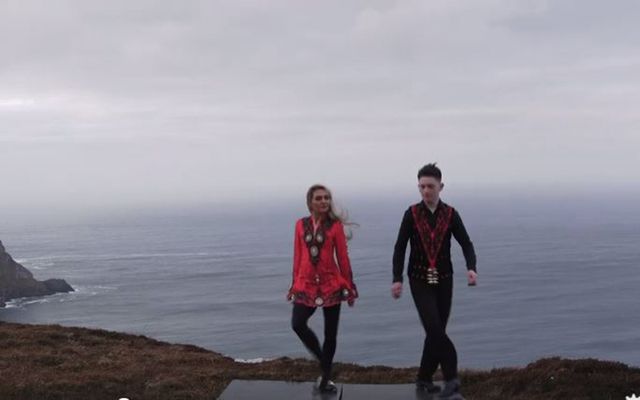 Of all the Ed Sheeran songs released on his latest album Divide, Nancy Mulligan is, of course, one of our favorites but never before have we loved the Irish-themed track as much as when we came across this amazing Irish dancing video from the Shevlin twins, Gavin and Niamh.

Taking to Horn Head along the Donegal coastline, the side-stepping siblings perform to the song dedicated to Sheeran’s Irish granny in absolutely epic surroundings with cliffs dropping down to the wild Atlantic waters just a pace or two behind the spot where they’re dancing.

Shot by Paul Doherty Photography, we can’t imagine any more perfect a place to be watching Irish dancing be performed to the sounds of one of Sheeran’s songs.

The Shevlin twins themselves are World Champion Irish dancers who took up the skill aged four, traveling all over the world from their native Donegal to perform and compete. Niamh is currently ranked 10th in the world while Gavin has won titles such as The Ulster, All Ireland, Great Britain, All Scotland ,Irish National, European and World Championships.

Read more: World’s most talented Irish dancers vie for chance to be in Ed Sheeran video

The fever and obsession is far from abating in Ireland after the Ed Sheeran tour saw him perform to 300,000 fans (that’s not that far off 10% of the country) over nine nights and various venues. The lucky people with Ed Sheeran tickets were especially glad to hear Nancy Mulligan and instant fan favorite Galway Girl following the major excitement of the English singer-songwriter taking to the City of the Tribes to film the song’s video.

The Shevlin twins’ video is already going viral with close to 300,000 views in just 24 hours and we can’t wait to see what they come up with next.

They’re far from the first Irish dancers to feature Sheeran’s music in their performances, however. When the pop superstar revealed he may like to feature dancers in a new video for his album, a wave of groups created their own tributes to the singer hoping win his attention and spot in the video.

Eight dancers from the Hession School of Irish Dance in Galway blew in out of the water and found themselves appearing alongside their idol and Academy-award nominated actress Saoirse Ronan in the video to “Galway Girl.”

Let us know what you think of the Shevlin Twins and their new video in the comments section.