After Ed Sheeran said he’d be looking for Ceili dancers to be in a video for one of his new traditional Irish songs, the Irish dance community responded with enthusiasm. 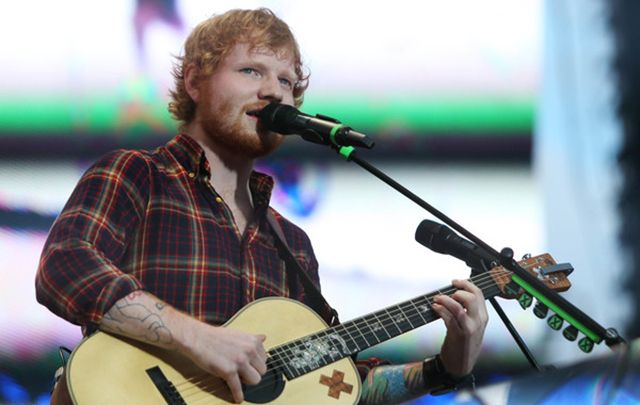 After Ed Sheeran said he’d be looking for Ceili dancers to be in a video for one of his new traditional Irish songs, the Irish dance community responded with enthusiasm. RollingNews.ie

According to Chris Naish, an Irish dancer, teacher and the brains behind the modern Irish dance phenomenon Fusion Fighters, the Irish dance community has gone “Ed Sheeran mad.”

Why? Because the British-Irish singer, whose new album includes two songs inspired by traditional Irish music, recently announced that he’s on the lookout for Ceili dancers to be in one of the videos for his new songs.

“I will be doing it [casting] because I need proper Ceili dancers,” he added.

One of the songs, on which he collaborated with the Irish music group Beoga, is titled “Galway Girl.”

Hearing Sheeran’s call, Naish put out the call for videos from top Irish dancers around the world, using the hashtag #STEP4SHEERAN.

In no time at all, he was overwhelmed with over 100 entries and compiled the best into one single video, so Sheeran could see all the Irish dance community had to offer him.

“It all started when I posted one 16 second video clip on the @fusionfighters Instagram account to our almost 18K followers. Asking dancers to get involved and post their own videos using the hashtag #STEP4SHEERAN and that we will feature the best entries,” he told IrishCentral.

“In the next couple of days I couldn't believe the response I got. There were almost 100 dancers that had posted videos on Instagram. It's harder to find out how many have been uploaded to Facebook/Youtube exactly, but probably a similar amount. We've even had whole dance troupes make videos for us.”

“The whole Irish dance community seems to be talking about it right now,” he said. “I'm really excited to see where it goes from here. It would be incredible if Ed did actually reach out asking to use some of the dancers we've featured but we don't know yet if Ed's management have seen the campaign yet.”

Naish also noted some criticism the campaign has encountered, due to the fact that Sheeran said he was looking for Ceili dancers in particular.

“I was aware of this,” he told IrishCentral. “Not only did I think it would be very hard for a campaign to go viral asking people to organize ceili videos with eight people. I also thought it would be great to show Ed the progressive and modern ways dancers are interpretation his tracks using their tricks and percussive Irish dance rhythms. We all love to have a good old traditional ceili too so if that's what he is looking for, he'll be happy to know that almost all of the dancers we have featured are accomplished Ceili dancers including many that are World Champions.”

Cheers to Naish and Fusion Fighters for their great work, and here’s hoping #STEP4SHEERAN makes it all the way to Ed himself.