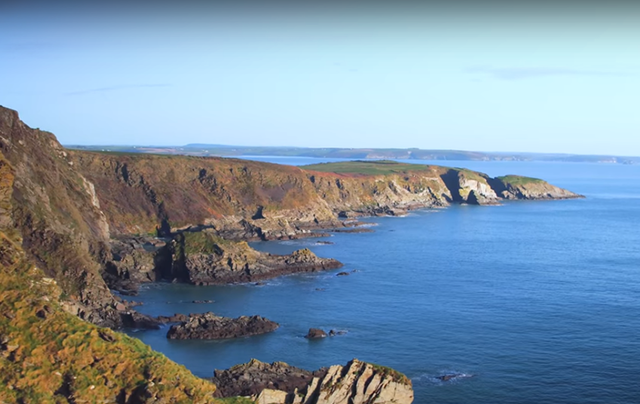 The Old Head of Kinsale, in West Cork. YouTube

West Cork on a sunny day is something special and this drone footage illustrates this point perfectly.

From the raged coastline to stunning beaches and amazing historic structures this lush green countryside will surely not let you down.

The clip was posted on YouTube by Michael McCarthy in 2017 and takes in some of the sights of West Cork including Galley Head, the Warren, the Long Strand, Bantry, Carrigfada, and many more.

West Cork is a popular tourist destination (as you can see, for obvious reason, plus great food and craic). The area is famous for the rugged beauty of its peninsulas, like Beara Peninsula, Sheep's Head and Mizen Head peninsulas, popular beaches such as Inchydoney, Owenahincha and Barleycove, and picturesque towns and villages such as Skibbereen, Clonakilty, Kinsale and Rosscarbery.

Drone footage has become popular and it seems that wonderful landscapes such as West Cork just lend themselves to videos like these. Here’s another video of drone footage, which also takes in the areas of Skibbereen, in West Cork. This video was created by an American and his family while they were on vacation touring Ireland.

Not too shabby as vacations go we’d say!