Hemmed in by high mountain ridges, an azure blue sea and cascading mountain streams Bantry Bay is a place of idyllic beauty 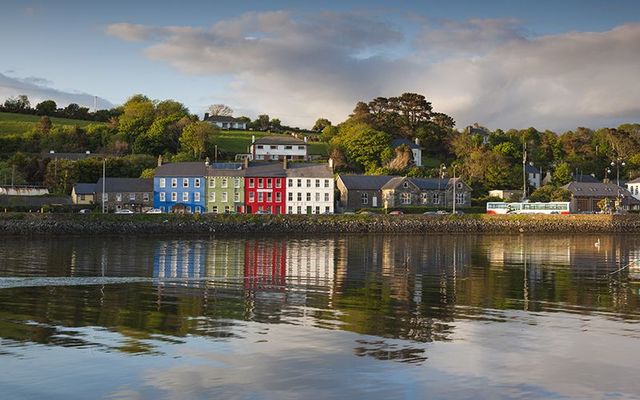 The bay at Bantry: Bantry Harbour, in Cork. Getty

Hemmed in by high mountain ridges, an azure blue sea and cascading mountain streams Bantry Bay is a place of idyllic beauty where the landscape changes with every mood of wind and sky.

Bantry Bay is located in County Cork, Ireland. The bay runs approximately 35 km from northeast to southwest into the Atlantic Ocean.

It boasts a long and colour history and strong association with the sea. It was used over the centuries as a safe haven for seafarers and was the landing spot for two separate French invasions attempting to free the Irish from British rule, most notably the invasion led by Theobald Wolfe Tone in 1796. Today, a life-sized statue of Wolfe Tone stands at the top of the town square.

Visitors can get a unique insight into Bantry’s interesting past by following the Heritage Trail with information boards erected all around the town. Pop into the Bantry Museum to catch up on local history in the summer months. The Kilnaruane Pillar Stone 3km outside the town is a monument of early Christian times and the town graveyard, once the site of a Franciscan monastery, has a famine cross in memory of the hundreds of victims of the Irish famine.

Bantry House, the home of the former Earls of Bantry has spectacular views overlooking the Bay and is well worth a visit. Built in 1690 it has a collection of tapestries, furniture, and art treasures and the restored gardens are home to subtropical plants and shrubs. Climb the “one hundred steps” at the back of Bantry House to marvel at the awesome view across the Bay.

Bantry town is a hive of activity with water sports, boating, sailing, rowing, birdwatching and golf. It is the gateway to Whiddy Island with ferries departing daily from the Pier. Experience the thrill of the sea with a deep-sea angling trip or go for a relaxing day’s fishing to Lough Bofinne.

It is also a hub for walkers with easy access to the Sheep’s Head Way and Beara Way - signposted walking routes. There are shorter local looped walks, one along the stunning seafront promenade. Cyclists are also spoiled for choice with a number of routes.

The song was written in the latter half of the 1800s by James Lynam Molloy from County Offaly, a lawyer who lived most of his life in England and was the composer of many other well-known songs.

Molloy (1838-1909) was born in Cornalaur, not too far from Clara, (the home village of the now-famous golfer, Shane Lowry) he went to school at St Edmund’s, the oldest Catholic school in England, then to the Catholic University in Dublin, in 1855, the year of its opening.

His songs have certainly gladdened the hearts of millions. And yet, today, the man is little remembered in his own country despite being the composer of such enduring songs as Love’s Old Sweet Song, The Kerry Dance, Bantry Bay, and many, many others. ‘Bantry Bay’ is a much loved and cherished Irish song and has been recorded by many famous artists, particularly the iconic Irish Tenor, John McCormack, Frank Patterson and ‘The Irish Tenors.’

Here is a beautiful rendition of ‘Bantry Bay’ by The Irish Tenors:

Read more: How 'The Fields of Athenry' became Ireland’s most famous song