Treat yourself like royalty during your next vacation to Ireland with a stay at one of these historic castles. 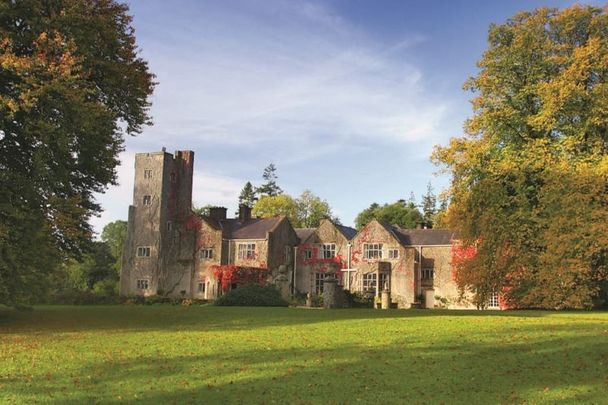 Forget about hotels or bed and breakfasts. Treat yourself like royalty during your next vacation to Ireland with a stay at one of these historic castles.

Besides their picturesque backdrop and ancient atmosphere, these Irish castles boast hundreds of years of history of battles and sieges.

Here are some you can stay at the next time you visit the Emerald Isle with friends and family.

For those of you who are “Game of Thrones” obsessed, this is the castle for you. This tower house stands 90 feet tall over the mystical rocky landscape of the Burren.

Ballyportry Castle was built by the O’Brien family in the late 15th century and served as the family residence during the 16th and 17th centuries until it fell into disrepair in the following century.

Escape with your family to Ballyportry Castle - a 15th century Gaelic tower house that has been sympathetically restored. Only 40 minutes from Shannon Airport and the Atlantic Ocean! https://t.co/wox6A4Dhqu pic.twitter.com/D6qQLQJ7lw

Constructed in the 12th century for the MacManus and the McGuire families, Belle Isle was originally called Ballymacmanus.

Belle Isle changed hands in the early 17th century to soldiers Paul Gore. Since then the castle has had multiple owners who have expanded the castle and added gardens and other features to the estate.

There are three cottages, which house four to six adults that are also available for your stay. The nine bedrooms furnished with antique pine furniture will house up to seventeen of your friends. 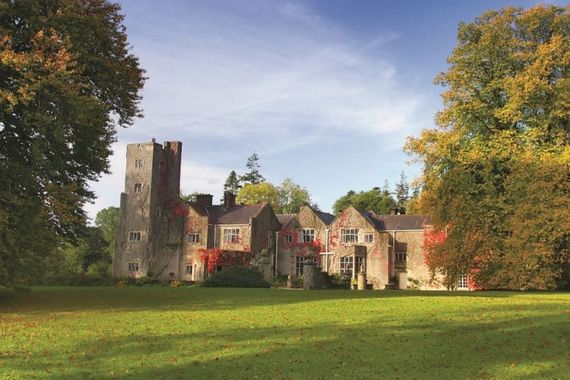 Cloghan Castle was built as a fortress in the 12th century and was inhabited until the 15th century.

The castle’s architecture includes the typical Norman features of arched doorways, circular turrets, and battlements. After falling into disrepair, the castle was restored over the course of several years in the late 20th century.

Cloghan Castle has seven bedrooms that can house up to seventeen guests.

Take a peak into the stunning 13th Century Medieval @CloghanCastle ,finished to the highest standard with the ultimate mix of old and new, authenticity and grandeur....#Private #exclusivehire #weddings #countrylife #PhotographyArt #familytravel pic.twitter.com/Yd24HJJjiJ

Lisheen Castle first enters the historical record in 1770 when it served as the home of the Lloyd family. The castle was built in the Tudor style with side turrets and a central machicolated turret around the main doorway. During the Famine, John Lloyd served on committees to devise employment and public work projects. Lisheen Castle has nine bedrooms that will house sixteen guests.

Turin Castle’s origins are unclear. The castle’s name comes from the old Irish meaning “small bleaching field,” which suggests the residents were involved with sheep farming.

The castle was abandoned in the middle of the 18th century. Turin Castle sits between the lakes of Connemara and the village of Cong of “Quiet Man” fame. Turin Castle has five bedrooms that house up to ten guests.

Summertime and the meadow is in full bloom 🌸 #irishsummer #elopetoireland #airbnb

World-renowned architect John Nash designed the Gothic-style castle for Colonel Vereker after he inherited the estate in 1797.

Construction was completed in 1858 and the entertainment at the castle attracted famous visitors including W. B. Yeats and Lady Gregory. Since the late 19th century the castle has changed hands several times. Lough Cutra has nine-bedroom that provide room for up to forty guests.