The end of the travel ban from Ireland to the US will be "safe" thanks to timing, vaccinations, and testing, according to Dr. Anthony Fauci. 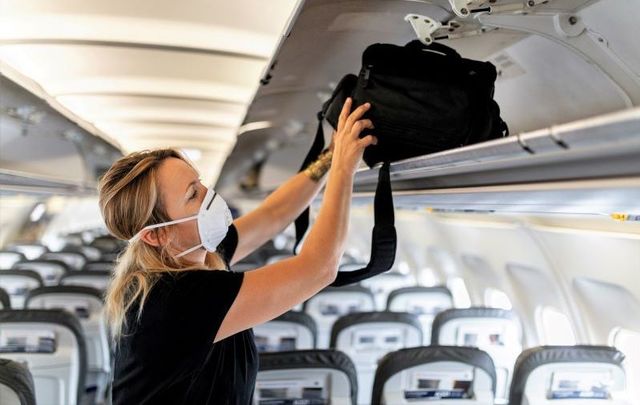 Dr. Anthony Fauci, the top medical advisor in the US, has offered his opinion on travel between Ireland and the US when it finally reopens in November.

The conditions on opening travel between Ireland and the US "is going to be proof of vaccination and then to also get tested within a period of time before getting on the plane," Dr. Anthony Fauci, the Director of the National Institute of Allergy and Infectious Diseases and the Chief Medical Advisor to US President Joe Biden, told RTÉ Radio's This Week on Sunday.

Despite the "dynamic of infection that is high in the US," Dr. Fauci said he believes the country is "starting to see the beginning of a turning around of the numbers of cases."

Dr. Fauci said that with the timing of the end of the ban in early November coupled with required proof of vaccination and testing, "it will be safe for people from Ireland to visit the United States.”

Asked about “concerns” surrounding young, unvaccinated children getting on a plane to the US in November, Dr. Fauci said: “Everything has to be put into the context of what your ability to take a finite risk. Everything is relative. There’s relative risks.

He continued: "There will be masking on the plane. Planes will be generally felt - given the HEPA-filtering that goes on on planes - to be reasonably safe."

On September 20, it was announced that the longstanding ban on travel from Ireland to the US for non-US citizens and non-residents would be lifted in November. While formalized details have yet to be announced, the new policy will permit only fully vaccinated foreign nationals who can produce a negative COVID test within a certain timeframe before boarding a flight to enter the US from early November.

The travel ban was first instituted under President Trump in March 2020 and in January 2021 President Biden issued his own proclamation essentially extending the ban which did provide exemptions for vaccinated travelers.

In recent months, US officials had been facing mounting pressure to scrap the travel ban as the EU, including Ireland, had reopened to fully vaccinated US travelers. Ireland's Ambassador to the US Daniel Mulhall said in August that the ongoing ban had been "damaging relations."

Elsewhere in his interview on RTE Radio, Dr. Fauci said that he hopes children in the US will be able to start getting vaccinated against COVID by this fall.

Noting that some 70 million people in the US who are eligible to get vaccinated have yet to do so, Dr. Fauci said: “We are trying very hard.

“It is really up to us. We have to step forward and get people vaccinated. We have the tools to prevent those numbers from going significantly higher.”

Dr. Fauci labeled the disinformation and misinformation surrounding COVID vaccinations as "very disruptive to a cohesive public health effort to get the overwhelming majority of the population vaccinated.