While European officials, including Ireland's Ambassador, are growing more outspoken, the White House has made "no decisions" on ending its travel ban. 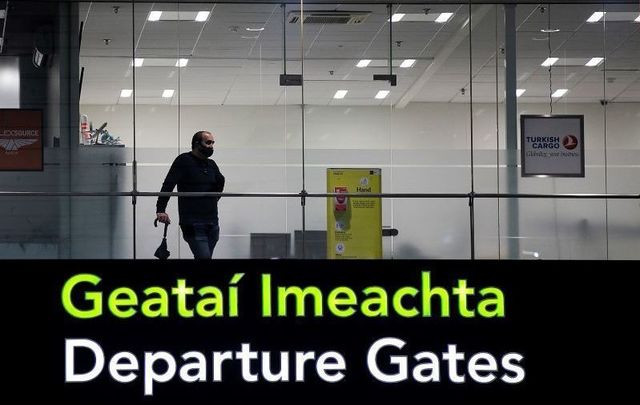 As people in Ireland eagerly await news, European officials are calling for an end to the US ban on travel. RollingNews.ie

European officials are growing more and more frustrated with the ongoing travel ban while the White House has offered no hints as to when it might be lifted.

Ireland’s Ambassador to the US Dan Mulhall said this week that that ban on travel from Europe to the US is “damaging relations.”

On Tuesday, Stavros Lambrinidis, the EU Ambassador to the US, said on Twitter that the ongoing travel ban “seriously harms vital economic & human ties, at a time when they're most needed.”

70% of EU adults are now fully vaccinated. The U.S. can safely let vaccinated Europeans in (with existing pre-flight testing), as the EU lets in vaccinated Americans. The travel ban seriously harms vital economic & human ties, at a time when they're most needed. https://t.co/vnkQOA8SDW

Ambassador Mulhall, who has called for the travel ban to be lifted several times in recent months, "fully agreed" with Ambassador Lambrinidis:

Fully agree with my @EUintheUS colleague that banning fully vaccinated Europeans from entering America is damaging to EU-US relations in so many ways. https://t.co/UaCIodzdJz

Despite the calls for an end to the travel ban, the White House said on Wednesday that “no decisions” have been made yet.

When asked if there’s a “status report” about the US ban on travel from Canada and Europe during a press briefing at the White House on Wednesday, Press Secretary Jen Psaki responded: “We certainly understand that and relate to that and know that people are eager to be reunited with loved ones. And that is something that’s impacting many people around the world.

“I would note that we are right now working across federal agencies to develop a consistent and safe international travel policy — that has obviously been ongoing for some period of time — that includes travel from Europe and other countries around the world, and it is one that we want to be equitable. We want it to have standard requirements so there’s clarity and so there’s equity across how we approach it.

“This will involve, of course, efforts to step up protecting the American people. It may also involve ensuring that over time, foreign nationals coming to the United States are fully vaccinated with limited exceptions.

"No decisions have been made yet, but that is a process that’s ongoing. We certainly understand the interest in it being resolved and completed.”

Elsewhere on Wednesday, Margaritis Schinas, the Vice President of the European Commission, said during a conference of the European Forum Alpbach in Austria that he scrapped his upcoming trip to the US: “I cancelled my planned trip to the USA next week because I do not find the lack of reciprocity on travel rules fair.

“Nor does it make sense — Europe is the most vaccinated continent in the world.”

The ban on entry for most noncitizens and nonresidents arriving from Europe, including Ireland and Northern Ireland, was first enacted back in March 2020 under President Trump when the pandemic began to take hold globally. It was extended indefinitely by President Biden in January 2021.

In July, Europe re-opened to American travelers. Fully vaccinated travelers arriving from the US into the Republic of Ireland face no restrictions, while people who are not vaccinated must self-isolate for 14 days, which can be tested out of no sooner than five days after arrival. (You can stay up to date with Ireland's travel regulations, which can change quickly, here.)

Last week, the European Union removed the US from its "safe list" for inbound travel. However, the list is only a recommendation and is nonbinding - Ireland does not appear to have plans to adjust its entry requirements for Americans currently.

While people in Ireland eagerly await updates as to when they can again travel to the US, immigration lawyers and industry groups have petitioned President Biden to lift the ban.

When that will happen, however, remains to be seen.