European Union removes US from its "safe list" for travel

The European Union has removed the US from its "safe list" for travel - but the Republic of Ireland is not bound to adhere to the EU recommendation. 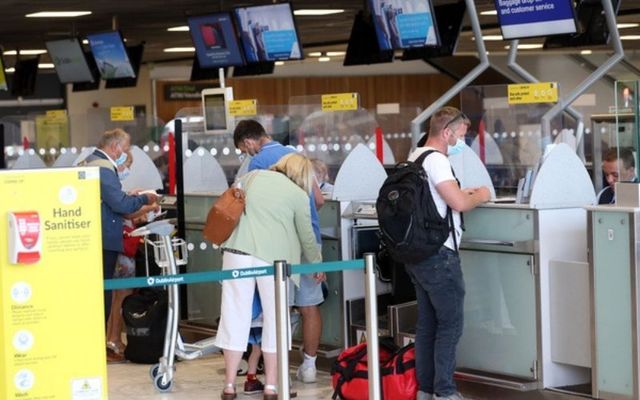 Travelers check in for flights at Dublin Airport. Rolling News

Update 12:00 pm EST: The European Council has confirmed that the US has been removed from its safe list for travel.

While the US has been removed from the EU's safe list, each EU member state may approach the recommendation as it best sees fit. As such, the Republic of Ireland could maintain its current travel restrictions on travelers arriving from the US.

Israel, Kosovo, Lebanon, Montenegro, the Republic of North Macedonia have also been removed from the safe list today. The list is reviewed every two weeks.

The European Union is set to propose the reintroduction of travel restrictions for US visitors amid rising infection rates and hospitalizations in the United States.

The European Council is set to remove the United States from a "safe list" of countries whose residents can travel to the 27 EU members states without additional requirements such as mandatory hotel quarantine.

Travelers from countries on the EU's "safe list" can generally visit EU member states without quarantining by providing proof of vaccination or a negative PCR test.

On the other hand, travelers from countries that are not on the EU's "safe list" are barred from visiting for non-essential reasons and are generally subject to additional quarantine and testing requirements.

The European Council's suggested restrictions are not mandatory and individual member states can decide whether or not to enforce restrictions against US visitors.

Most European borders have been open to US tourists since mid-June or July as EU member states sought to boost their economy and tourist sectors following months of lockdown.

However, US infection rates have recently risen well above the threshold to be on the EU's safe travel list, which requires infection rates to be fewer than 75 per 100,000 of the population.

US hospitalizations have also risen above 100,000 for the first time since January, while vaccination rates in the US have also lagged behind the EU in recent months.

The EU overtook the USA in vaccinations in July, with 64% of EU residents now fully vaccinated against the coronavirus compared to 60% in the US.

Furthermore, numerous EU leaders were angered that the Biden administration did not relax travel restrictions on European visitors in the US, which have been in place for almost 18 months.

News of the reintroduction of travel restrictions on US visitors was first reported by Reuters, who spoke to anonymous EU officials ahead of an official announcement on Monday evening.