In Ireland, end of the US travel ban is heartily welcomed

Irish businesses, the travel industry, and families that have been separated by the Atlantic for nearly two years have welcomed the end of the US travel ban. 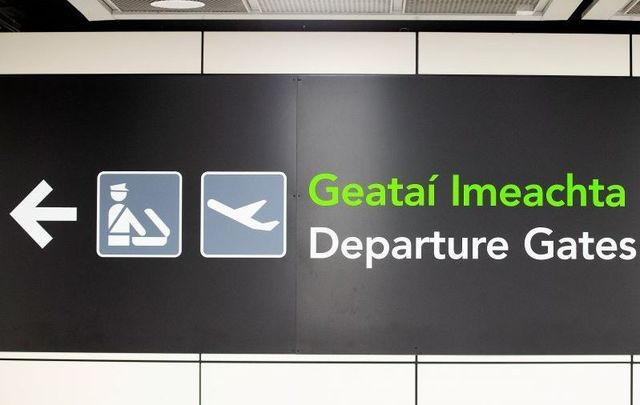 Ecstasy greeted Monday’s announcement that opens the way back into the United States for citizens of the European Union, including Ireland. Northern Ireland will also benefit as the U.K. is included in the plan.

Taoiseach Micheál Martin, in New York on official business, said in Manhattan that he was delighted and the travel return, starting in November, would give “a fillip to everybody.”

Mark Redmond, CEO of the American Chamber of Commerce in Ireland, noted that Ireland is the ninth biggest investor in the U.S. with Irish companies employing over 110,000 people across the U.S. and investing hundreds of millions of dollars in facilities there.

He said, “Executives of many of those companies haven’t been to their operations in the U.S. for over a year and this news is so important for those Irish companies as well as U.S. multi-nationals based here in Ireland.”

Clare Dunne of the Irish Travel Agents Association said it was a really important development for her organization.

She added, “Lots of people want to visit their families, but hopefully the airlines will be able to re-book now and re-allocate capacity to be able to cater for the demand.”

The most moving welcome for flights for vaccinated people into the US came from family members who will be reunited after a near two-year break when travel re-opens in November.

One of them, Stephanie O’Quigley from Kildare who hasn’t been home from her New York residence for two years because she wouldn’t be able to return, told RTÉ, “I’ve been thinking about this day (since the pandemic), and how it could pan out.

“It seemed very surreal, to be honest.  Having a relationship through an iPhone with your parents is very strange. It plays tricks on your mind and you start to think of all sorts of thing so this is just a huge relief for us.”

Many Irish people in the U.S. missed weddings and funerals because they feared they wouldn’t be able to return to America if they attended such important family occasions.

In March 2020, previous President Donald Trump announced a Covid-19 travel ban affecting passengers from countries, including Ireland, Britain, and most of Europe. Only U.S. citizens and holders of certain types of visas were able to travel to America.

Now, from early November, fully vaccinated international travelers will be allowed to enter the U.S. They will have to obtain a negative Covid test within three days of traveling, but will not be required to quarantine.

The Biden administration had been coming under mounting pressure from the EU and Britain to lift the travel restrictions but had resisted until this week.

RTÉ's Washington correspondent Brian O’Donovan reported on Monday evening that the timing is interesting. The announcement came just as Biden was preparing to meet with world leaders at the United Nations General Assembly in New York.

O’Donovan said there are suggestions that the travel ban may have been lifted in a bid to ease tensions with France after the country recalled its ambassador from Washington in a row over the multi-billion-dollar Australia and U.K. submarine deal with U.S.