Curious about traveling to Ireland? Here are some fun facts and trivia tidbits about Dublin, Ireland's capital city. 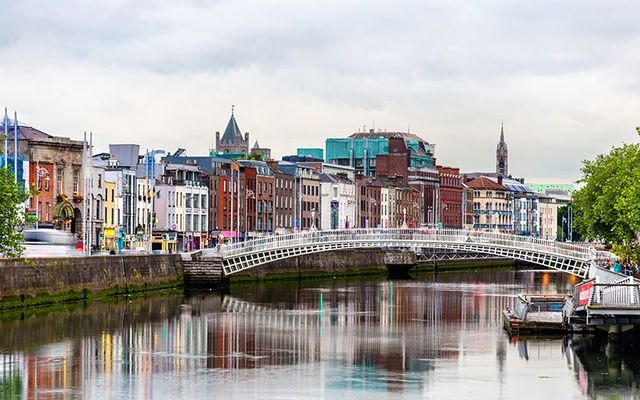 There's still much to discover in and about Dublin, Ireland's biggest and fairest city Getty

Curious about traveling to Ireland? Here are some fun facts and trivia tidbits about Dublin, Ireland's capital city

Dublin has been the largest settlement on the island since the Middle Ages. It's the capital city of Ireland, there are over 1.5 million residents and the pubs are good. This is all true, but these are hardly the facts to blow your socks off!

Perhaps you are heading away on vacation to Dublin or maybe you would just like to get your facts straight. Let us impart to you some lesser-known facts about Dublin.

Here are ten trivia facts about the fair city Dublin:

What "Dublin" means in Irish

The name for Dublin in the Irish language is both Dubh Linn and Baile Átha Cliath. While walking around Dublin you’re more likely to see the latter on road signs. The literal meaning of Baile Átha Cliath is "Town of the Hurdled Ford."

Dubh Linn is derived from the Old Irish Gaelic, which has its literal meaning "Black Pool". The Dubh Linn was a lake used by the Vikings to moor their trade ships and was connected to the Liffey by the River Poddle. 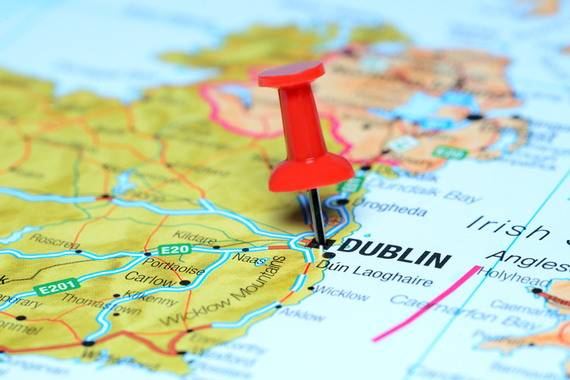 The city of Dublin covers a land area of 44.5 square miles. The average temperature in January is 41°F (5 °C) and the July average is 63°F (17°C). It is estimated that 50 per cent of the city’s residents are under 25 years of age. My advice: dress warmly and party hard. 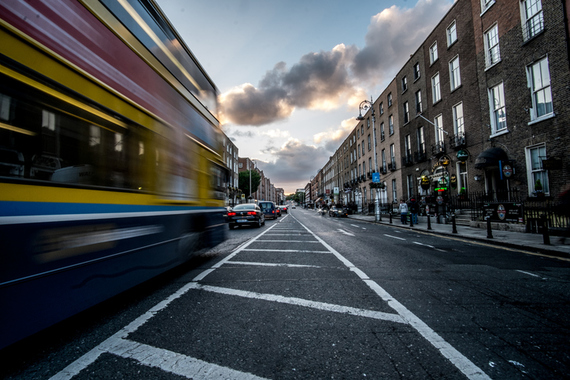 The always busy Dublin with cool summers and mild winters will keep you on your toes.

Twins and sister cities of Dublin

Dublin is twinned to cities Barcelona in Catalonia, Spain; Liverpool in the United Kingdom; Beijing, in China; and San Jose, in California. 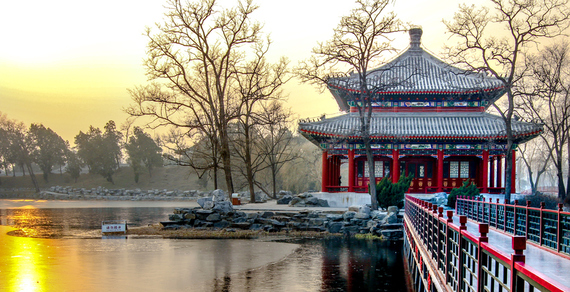 You'll be surprised to know that Beijing is one of Dublin's sister cities!

Dublin's O'Connell Bridge that covers the famed River Liffey is reckoned to be the only bridge in the European continent that has the same width as its length.

This present concrete structure was built in 1863, replacing a wooden bridge built in 1801. Amazingly, prior to that time, O'Connell Bridge was a rope structure that could only carry one person and a donkey at a time. 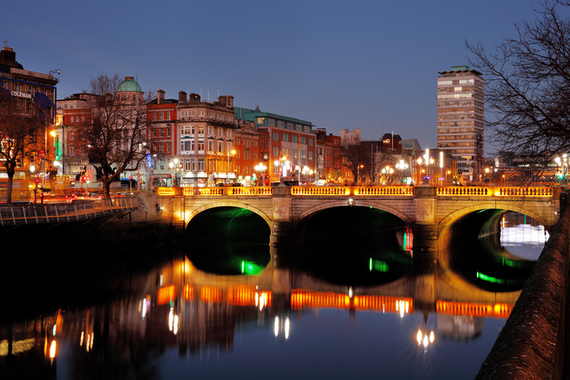 The Oldest Pub in Ireland

The "Oldest Pub in Ireland" is reputed to be located in Dublin. The pub is called the Brazen Head. There has been a pub on this site since 1198.

Welcome to the Brazen Head, the oldest pub in Ireland

Handel’s classic "Messiah" was premiered for the first time on 13 April 1742 in Dublin at the New Music Hall in Fishamble Street, with 26 boys and five men from the St Patrick’s and Christchurch choir cathedrals taking part. It received its London premiere almost a year later.

Dublin is home to many of Ireland’s most famous musicians, from the Dubliners and Thin Lizzy to Sinead O’Connor and U2.

Many of U2’s back catalog of albums were recorded in their home city. Windmill Lane Studios was the place where U2 recorded their early work and first three albums. The site at Windmill Lane Studios is covered in graffiti from fans that have paid pilgrimage from all over the world and is known as the "U2 Wall."

Trinity College, the ancient Dublin university set up at the request of Queen Elizabeth I, has had some memorable graduates including Oscar Wilde, Jonathan Swift and, surprisingly, Bram Stoker, creator of Dracula.

None of the so-called Dublin Mountains is high enough to meet the criteria required to claim mountain status. The Sugarloaf is the tallest 'Dublin Mountain' yet measures a mere 423.3 meters (or 1388.7 feet) above sea level. 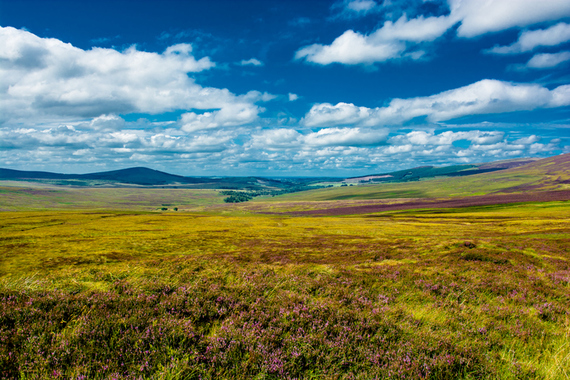 Dublin Mountains are only mountains in name